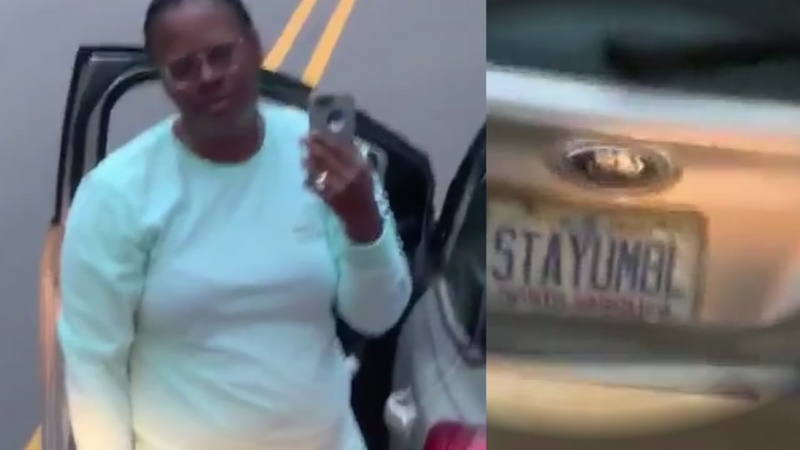 RALEIGH, N.C. (WTVD) -- The Wake County District Attorney's Office has called her a "hazard on the road" and now there's an investigation into whether Diana Mems is a drain on the system.

The North Carolina Department of Insurance is looking into whether the 'Stayumbl' driver has committed insurance fraud.

An official said the investigators are gathering documents, trying to determine whether Mems falsely filed forms or staged accidents.

Durham Police said she has been involved in 31 wrecks since 2000, and in most of those cases, she was not at fault.

The notorious STAYUMBL Driver is now being investigated by a state agency for insurance fraud. She is facing more than 40 charges in Wake and others in Durham. #ABC11 pic.twitter.com/Zu57g6AcLy

Two counties are lobbing charges against her.

She's scheduled to be in court next month in Durham on charges related to a showdown with a school bus driver.

Mems is facing more than 40 charges in Wake County.

She has a notorious reputation online. Folks have taken to social media to warn others to stay out of her way claiming she drives erratically and will cut people off only to slam on the brakes.

Users on Reddit have questioned her motive. One person called her the "ultimate scam artist."

She's not supposed to be driving anymore. Mems was ordered to surrender her license when she finally showed up to court after missed appearances.

"This is the fourth time I've been in court for Diana Mems and this is the first time I've laid eyes on her," Wake Assistant District Attorney Matt Lively said during one of the hearings.

Mems is on electronic monitoring, and officials are keeping an eye on her every move.