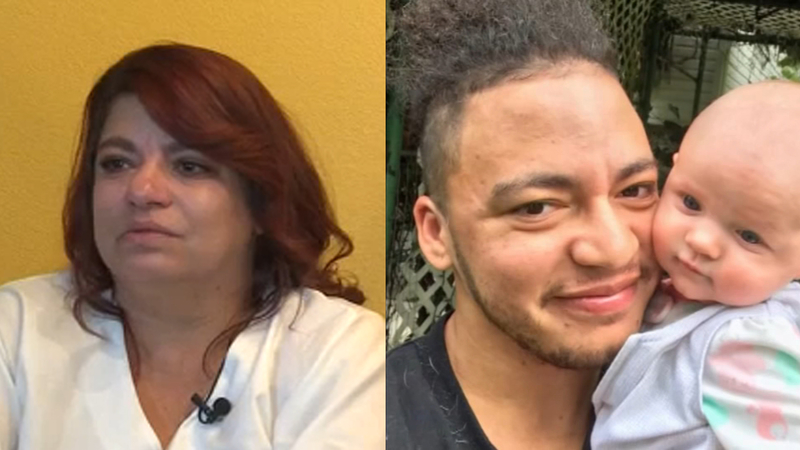 Woman reunited with son she thought died in childbirth

LOS BANOS, Calif. -- A California woman learned that the child she birthed nearly 30 years ago and was told had died is actually alive and well on the other side of the country.

Tina Bejarano said she gave birth when she was 17. Her mother told her she was not allowed to keep the baby.

"The next day, she comes back to tell me, 'The baby died 15 minutes after it was born. It never made it. It was sick,'" Bejarano said in an interview with KMPH.

She and her husband, Eric Gardere, have been celebrating the birth of that child every year since losing it.

Then, out of nowhere, the couple received an email from a 29-year-old man named Kristin.

Kristin lives in New Jersey with his wife and baby. He emailed Bejarano after taking a DNA test and learning that she was his mother.

Kristin was adopted by a loving family five days after he was born. He grew up in Las Vegas, never knowing how much his biological mother cared about him.

"Looking at him just makes me want to cry," Bejarano said.

Gardere is not Kristin's biological father, he and Bejarano got married a few months after she gave birth to Kristin. Still, he said he considers Kristin his son.

"We've been communicating with Kristin for a few months now. He calls me Dad, I call him Son, I text him every morning."