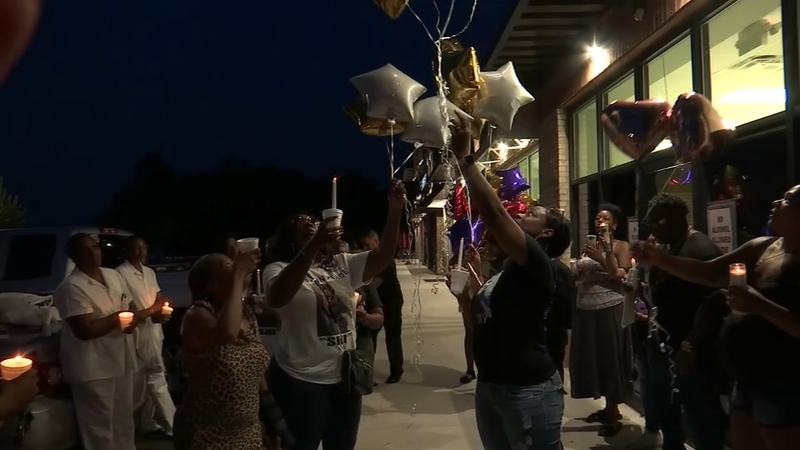 RAEFORD, N.C. (WTVD) -- Friends of Malan Adhim Morshed gathered Tuesday night outside the Dollar City where he was gunned down a day earlier. Meanwhile, one person has been charged in Morshed's killing.

The Hoke County Sheriff said the business operated as a sweepstakes parlor, and Moreshed was a manager there.

His friends told ABC11 he didn't deserve this.

Friends held a candlelight vigil Tuesday night with balloons, candles, and T-shirts made in his honor.

VIGIL: Friends of Malan Adhim Moreshed gathered outside the Hoke County Dollar City where he worked to remember him. Sheriff Hubert Peterkin says he was shot Monday inside the business that operated as a sweepstakes parlor. Friends say he had his whole life ahead of him. #ABC11 pic.twitter.com/JpSUkmmyRG

They shared their fondest memories of him through the tears of sadness. Still, they came out to show their support.

Meanwhile, the sheriff's office said Tuesday that several suspects conspired in the crime.

One person has been arrested.

Ford is being held with no bond.