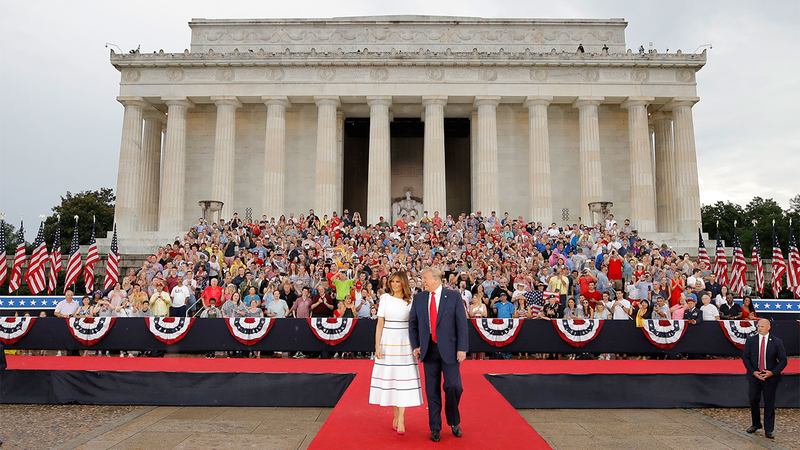 The "Salute to America" cost the Department of Defense $1.2 million, with the other $1.7 million coming from Washington D.C.

The event used the department's jets, helicopters and tanks.

Trump called on Americans to "stay true to our cause" in a "Salute to America" program that adhered to patriotic themes and hailed an eclectic mix of history's heroes, from the armed forces, space, civil rights and other endeavors of American life, reported the Associated Press.