'I mean love it': Residential construction 'booming' in Downtown Raleigh

"Affordability is the number one concern for the City of Raleigh."

From one resident to another, Alan Freeman shared what it's like to live in Downtown Raleigh on Thursday.

"I mean love it," Freeman said. "I think we need more density ... and the fact that we have grocery stores, like Publix, and Weaver Street here help make that possible."

Freeman, who bought a condo, said although there's a lot of new apartments in the area, there's plenty of room for more.

"Obviously right now prices are rising, so the units downtown are pretty expensive," Freeman said. "But I'm hoping that as we get more supply that the prices kind of even out."

The 2022 State of Downtown Raleigh report showed residential units are at nearly 95% occupancy, with more than 8,300 units in the works over the next decade.

"We've got currently under construction 1,469 units, which is a lot," DRA President and CEO Bill King said. "And then we've got over 2,000 units in "site preparation," which means that the site has been cleared and they could start construction very soon."

Sites, such as Salisbury Square Phase 1, where the former North Carolina Association of Educators building was. More than 350 units are planned there while the City of Raleigh requested information to develop the two surface parking lots at the Performing Arts Center.

"One of those sites will be a tower that would have a Convention Center hotel, so that would be a large hotel," King said. "We're talking 400+ rooms ... because when you bring events to the Convention Center, events don't want to have to scatter their attendees across a million different hotels."

King said the other site would be a mixed use tower that could support residential and office.

"The council specifically asked for residential to be a part of that, going along the lines of my last point of that southern end of downtown needing more residential, it's very office and hotel heavy," King said. "So adding more residents there adds sort of more seven day a week, you know, daytime nighttime activity."

The southern side of Downtown Raleigh is one of the hotspots for leasing activity, according to King.

"In terms of existing units, we've seen a lot of leasing in Peace, and Smoky Hollow developments on that side of downtown. Certainly in the Warehouse District as well," King said. "Traditionally, activity is kind of died off as you get south of the City Plaza, the performing arts center and Convention Center. But if you look now, there's cranes going up, and there's several buildings under construction along the south side of downtown. That will really extend downtown's footprint, but it also extends that activity so it makes it blend a little bit better with the rest of the city ... in a really positive way."

Affordability is the number one concern for the City of Raleigh, according to planning and development director Patrick Young.

With the average rent at $1,883, according to Downtown Raleigh Alliance, it's not too far from the city-wide average, according to Dustin Engelken at Triangle Apartment Association.

"There's not a whole lot of places in the country where you can live in a vibrant downtown area and pay essentially the regional median rent to be living there, So I think that speaks to the progress that's been made," Engelken said.

"Anytime you're bringing in these new residents, you bring in new jobs with them, and that creates economic opportunity," Engelken said. "And so hopefully you're helping people get to a point where they can pay market rent too, that's all part of having a vibrant and thriving economy." 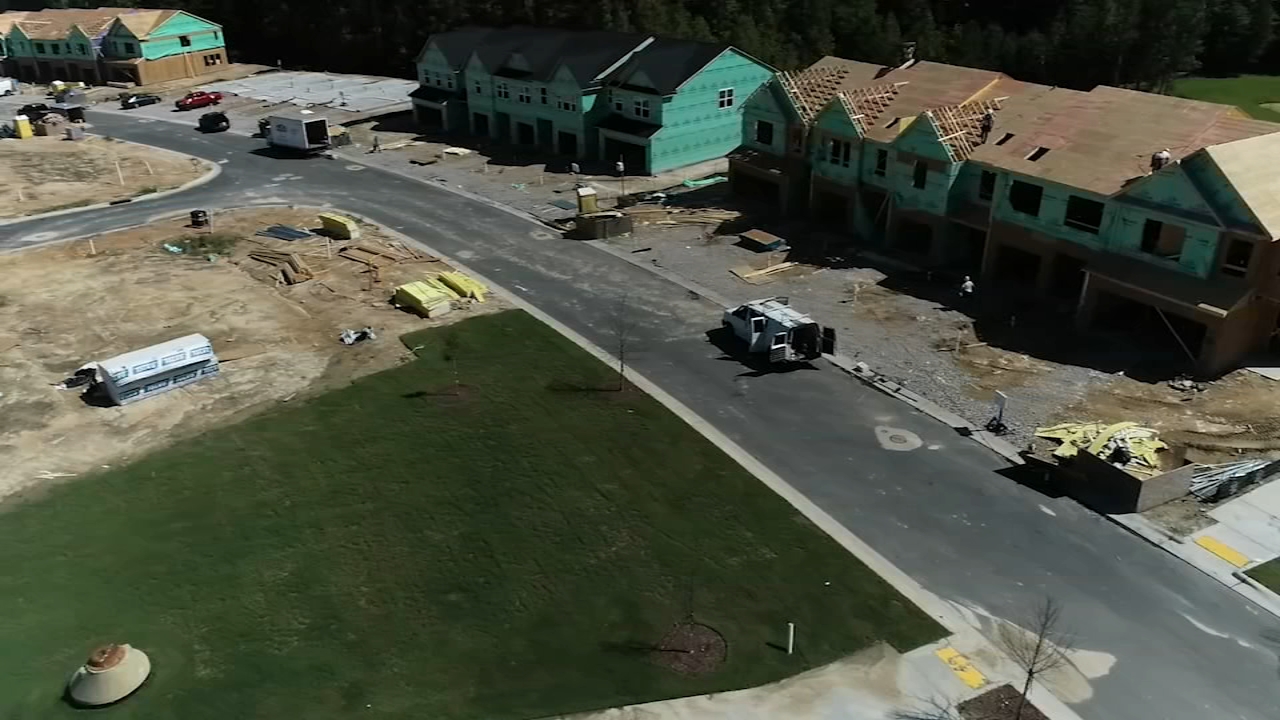