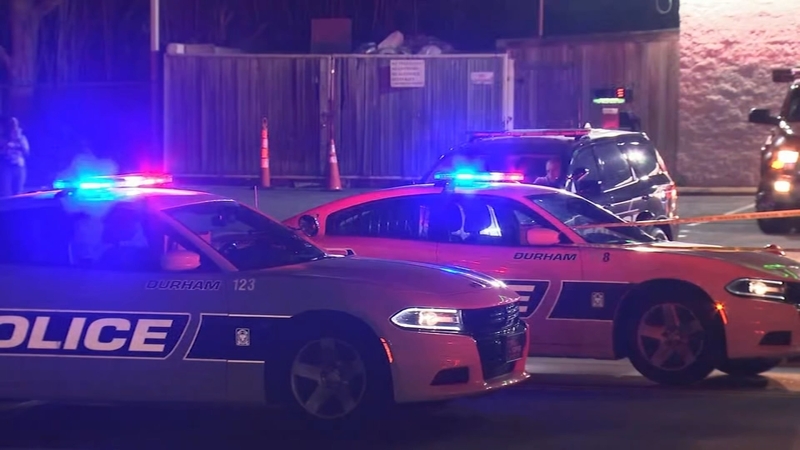 The 11 deaths mean 11 more squares for local advocate Sidney Brodie to add to the Durham Homicide and Victims of Violent Death Memorial Quilt.

"Definitely the community and local government somehow need to come together. That divide is fueling the homicides. It's fueling the crime," Brodie said.

In the corner of his living room, Brodie had a square in memory of 9-year-old Z'Yon Person, who was shot and killed in 2019 while in a car on the way to get snowcones, and another for his godfather, 26-year-old Charleston Goodman, who has been missing since 2018.

"I would like to see city leaders become more inclusive with working with people in the community, with activists who are working outside the box so to speak. We seem to keep doing the same things over and over again and we're getting the same results," Brodie said.

He did not believe ShotSpotter, an idea that has divided City Council members, would make a difference in preventing crimes, while he supported more recreational and community activities geared toward children. However, Brodie also said he believed the city needs to adapt to changing patterns.

"We're living in a technological world, and we need to change with the times. We need to realize children's attention is going towards technology, and a lot of them are being radicalized there in one way or another," Brodie said.

"A lot of our gun violence or things that are occurring are just impulse control. So the road rage, impulse control. Being accountable for our actions, it goes a long, long way. Also knowing that we are all on the same team. When you witness a crime, we don't have to know who you are, but we just really need the information," said Andrews, while discussing the importance of community support.

The city also saw a decrease overall in property crimes compared to 2021, with burglaries and larcenies dropping.

"Firearms, which is something that we certainly have been speaking a lot about - were used in 55% of our robberies. And so that's higher than the percentage of firearms used in 2021," said Andrews.

Andrews also addressed efforts to increase staffing; at the end of the quarter, there were 98 sworn-position vacancies, which accounts for 18% below allotment.

"How we are recruiting, the compensation being offered, the work that (City Council) did, HR, our team did collaboratively and you ended up approving a new pay plan helped tremendously. Helped tremendously. So we're tracking those numbers. We also increased our signing bonus. What we realized was that our competing agencies, those that are smaller agencies offering more money, they're not offering a signing bonus. And their benefits are not nearly as good as the benefits offered by the city of Durham," said Andrews, who highlighted the 30X30 initiative.