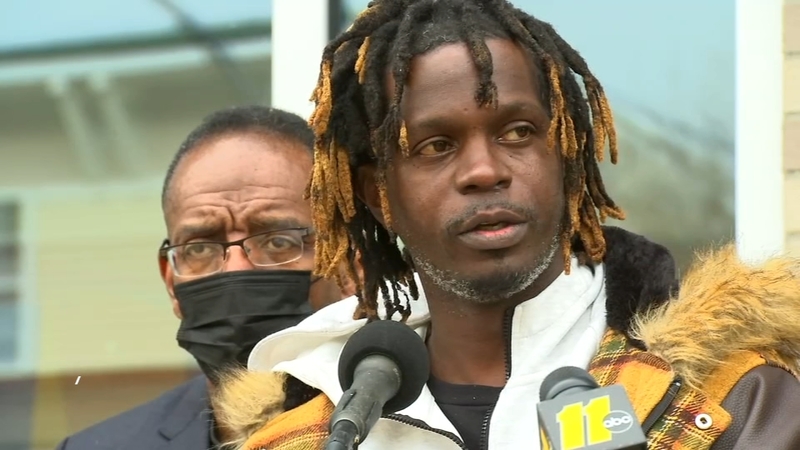 She and her husband, William Smith, said they believe they were profiled because of the way they look.

"They had no reason to snatch me out of my car. All the officer had to do was ask me to step out of the car," said William "Loco" Smith.

The Smiths held a news conference Thursday outside of DPD headquarters with a social justice group called Stop Killing Us.

The couple and SKU detailed an encounter that the Smiths had with police officers during a traffic stop on Oct. 10. They described it as excessive and inappropriate.

"We want police who care about people in our communities. And if you do not care about protecting and serving our community, we don't want you there," said Curtis Gatewood of SKU.

The incident allegedly happened as they were headed home to Durham from Raleigh that October night near the interchange at Highway 70 and Holloway Street.

William Smith was in the passenger seat when they said police asked for his identification. They say after that, the traffic stop took a turn when five officers got involved.

"They didn't have to put their hands on me," said William Smith. "Because I would have easily walked to the car instead of them putting me on the ground, kneeing me while they walking, carried me to the car and then Tased me."

Smith said he was arrested but later released from jail an hour later. The 41-year-old also said the whole ordeal left him with cuts and bruises and trauma.

They said court hearings on the matter have been repeatedly continued because of the pandemic.

On Thursday, ABC11 reached out to Durham Police for the incident report and some context around what happened on Oct. 10.

In a statement, DPD replied, "This incident is currently under administrative review and any information as it relates to this is a personnel record and not a public record."