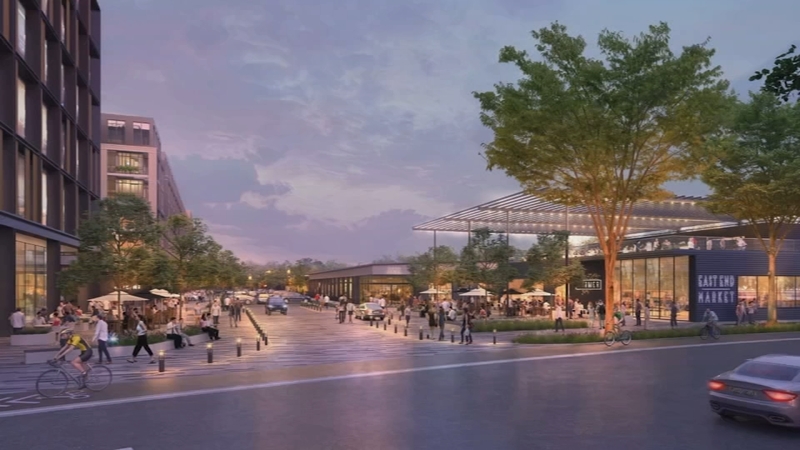 ABC11 first told you about some residents who live nearby the site were opposed to the rezoning for the development, but now a change of heart after they say the developer changed plans to ease their concerns.

The project plans to go at the northeastern corner of Whitaker Mill and Wake Forest Roads and include a blend of commercial, retail and residential units.

Beth Carmichael lives in the townhomes where plans show the development would surround it. Carmichael been fighting the approval of the rezoning for the project.

"We feel like if the proposal passes as planned, that we would be living in a fishbowl," Carmichael said. "There's no privacy afforded to us."
However, Carmichael started a petition expressing concerns, including traffic and parking.

Those concerns were heard and it got the attention of the developers of the project. "It's been a stressful six months but at least at the 11th hour they were willing to sit down with us and really come to the table," Carmichael said.

"It is going to enhance the community at large and it gives us enough privacy that we can live with it."

Residents credit Council Member Knight with getting the developer to make these changes to the project.

"I think they came to a solution and outcome that they felt was in their best interests for what could happen otherwise and they felt this was the best way to move forward for the community," said Knight.
Alex Scott, another homeowner who's impacted by the East End Market project says without the help of Knight, their voices would have not been heard.

"Councilor Knight protected our neighborhood and pressed the developer to make changes that made this development safer and more inclusive of our community," said Scott.

"He took the time to meet us in person, hear our concerns, and made himself available at all hours of the day throughout this process. We credit Councilor Knight for the changes that were made and are very fortunate to have him represent our district."

The Raleigh City Council plans to vote on the rezoning of this area of the proposed project on Tuesday.