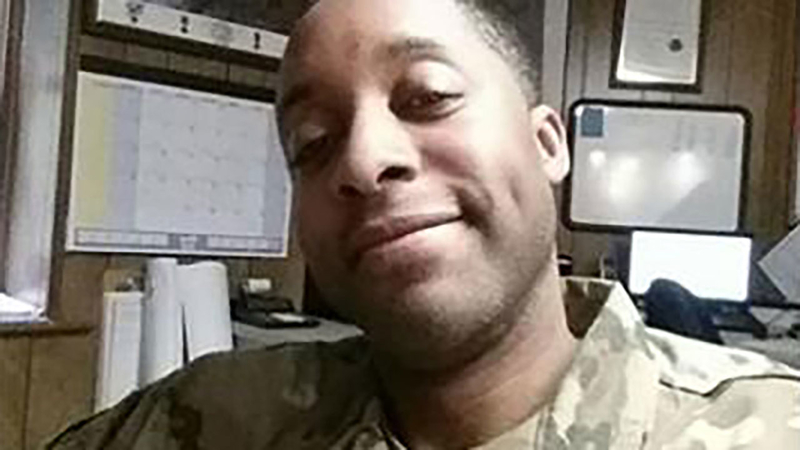 Hermond, 39, was with Joseph Lopez at La Palapa restaurant in Ellicott City, approximately 10 miles west of Baltimore, when heavy rain struck the area late Sunday afternoon. Lopez told ABC News that he and Hermond decided to wait out the storm and began to help employees sandbag the restaurant's back door as floodwaters rose.

A woman wanted to leave the restaurant to find her cat, and Lopez said Hermond lost his balance as he attempted to help the woman out. He fell into a river behind the Mexican restaurant and was swept away by the raging waters around 5:20 p.m. local time.

The area received more than eight inches of rain on Sunday, and eyewitness video showed a torrent of brown floodwaters engulf Ellicott City's historic downtown area for the second time in less than two years. At the height of the storm, the water had risen above the first floor of some buildings, Howard County emergency officials said.

Less than two years after a flash flood that left two people dead, a Maryland town once again found itself underwater Sunday.

Hermond is the only person who has been reported missing, and there have been no other reports of fatalities or serious injuries.

Simon Cortes, the owner of La Palapa, told the Associated Press that Hermond is "a super nice guy" who was always out in the community as it worked to rebuild from prior flooding that killed two people and caused millions of dollars in damage in 2016.

Hermond spent more than 10 years on active duty in the Air Force. After a break in military service, he joined the Maryland National Guard in 2009. Minneapolis, other US cities increase security ahead of Chauvin trial verdict