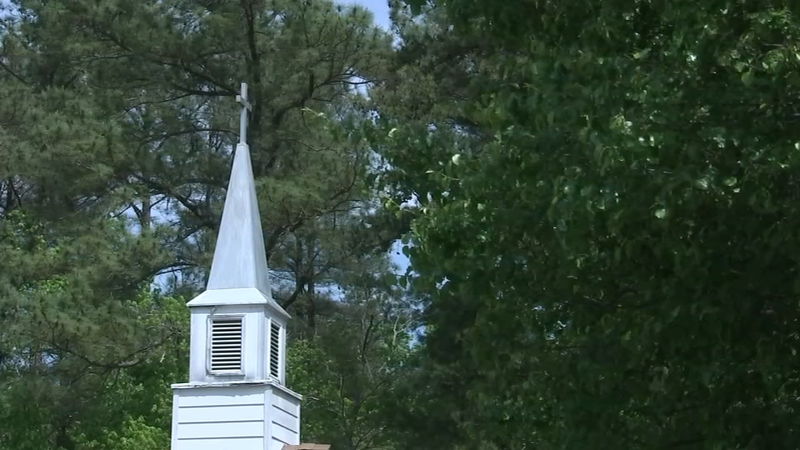 DURHAM, N.C. (WTVD) -- As North Carolina faces a slowdown in vaccinations, health officials are working to encourage sign-ups and address vaccine hesitancy. Through Monday, NCDHHS reports 46.9% of adults have received at least one dose of a COVID-19 vaccine.

Multiple polls have found high reports of hesitancy within the White Evangelical community, an issue Curtis Chang, a consulting professor at Duke Divinity School, is studying.

"This has come from years of politicization and polarization, where external forces to the church have capitalized on a cultural tendency among Evangelicals, to be on guard from Secular institutions, which has transmuted this tendency to be almost a reflexive, knee-jerk reaction to distrust," explained Chang.

A Pew Research Poll from February found that 45% of White Evangelicals will definitely or probably not get a vaccine, despite overwhelming support from church leadership.

A January report from the National Association of Evangelicals found 95% of leaders would get a vaccine, and 89% would encourage others to do so as well. Notable leaders, including Franklin Graham and JD Greear, pastor of Summit Church in the Triangle and President of the Southern Baptist Convention, have vocally backed vaccines, despite facing pushback. In Greear's case, he shared a follow-up post explaining his decision to publicize his vaccine, noting in part:

"I have been asked several times by government leaders to give a "this is your Christian duty" presentation to our congregation on this, each time I've declined. I respect and admire the zeal of your study on this, and wish you well in it, even if in the final analysis I go a different direction."

"The blowback (those pastors) have received from the base just shows that this issue of the vaccine hesitancy is speaking to a larger structural problem in the evangelical church," said Chang.

He said he believes the issue of hesitancy extends past vaccinations.

"Vaccines are an important issue, I don't want to downgrade it. But I'm also wanting to call attention to the fact that it's time for pastors right now to step up and reclaim their roles of shepherds of the flock, and defend them from external forces and voices that in the biblical language, come to steal and destroy," Chang said.

Chang created ChristiansAndTheVaccine.com in an effort to address concerns within the community. He is hopeful that secular and faith leaders can work together to connect with more people.