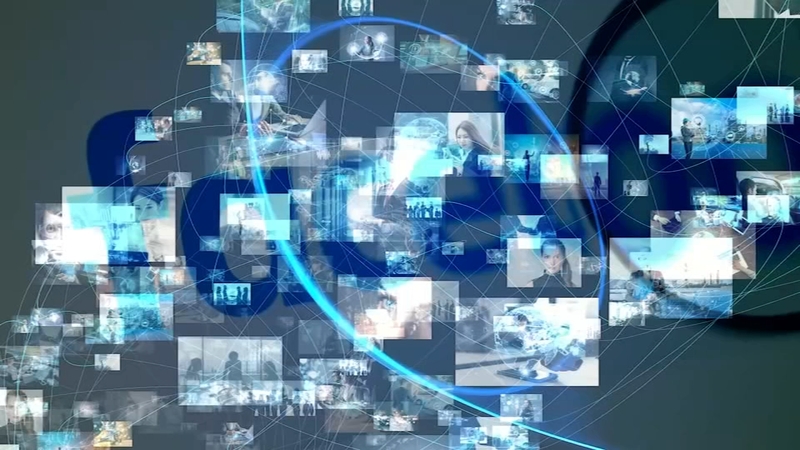 SANFORD, N.C. (WTVD) -- Facebook hackers are getting access to accounts, racking up fraudulent charges, and even posting sexually explicit images.

You may think your social media accounts are protected, but ABC11 viewers continue to reach out that their Facebook accounts have been hacked and they can't get access to the accounts.

"I have thought about that just about every day since it happened and there's nothing that I can think of that really made me think that I had done anything to let my identity be exposed to someone," Morgan Billings said.

Billings says she doesn't remember clicking on any suspicious links, responding to messages from people they don't know, or adding a new friend on her account but out of the blue, it was hacked. She got a notice from Facebook that stated her account was "disabled because of explicit material that was posted."

"I had no clue what it was, and the reasoning that they gave me was that it was child sexual exploitation," she said.

Billings is a social worker in Sanford who works with children. She says she can't see what was posted on her page but is afraid it could hurt her standing in the community, but the hackers didn't stop there.

"The next day I wake up to a notification from PayPal that I was charged $250 from Facebook," Billings said.

Billings was able to get the PayPal charge reversed however, she says Facebook still hasn't responded to multiple emails. She says she still doesn't have access to her Facebook page which means more than a decade of memories are gone.

This is the same story for Kimberly McMillian of Clayton. She says her trouble started when the email and phone number attached to her account changed. The Wake County Sherriff's employee says she constantly changes her password, but even still, hackers got access. She set up a new account, but a couple of weeks later the hackers were inside that profile as well and threatening her family members.

McMillian says she also reached out to Facebook and reported the hack.

"I have tried to get in touch with Facebook and it seems like they don't understand what I'm asking of them. They'll tell me the same thing about their standards, but the standard is I've been hacked and you're not helping me," McMillian said.

The Troubleshooter Takeaways are to always have two-factor authentication, that way if someone tries to log on, you can stop it. You can also use an authenticator app for extra protection. Another tip, avoid adding your bank information to your Facebook account as if it gets hacked, the scammer now could have access to it.
Report a correction or typo
Related topics:
sanfordclaytonhackingfacebook
Copyright © 2022 WTVD-TV. All Rights Reserved.
TOP STORIES
Toddler and man killed in Raleigh apartment shooting, arrest made
NC company to expand U.S. monkeypox testing capacity
Dangerously hot day to give way to stormy evening
Gas prices decline in Raleigh but experts worry about meaning of dip
Sticker shock for young would-be renters as apartment leases spike
Highland Park parade shooting suspect bought 5 weapons despite threats
Carlos Santana collapses during Michigan concert
Show More
Man dies hours after shooting at Raleigh gas station
Grandfather of woman shot by Fayetteville police searches for justice
What to know if your flight gets canceled or delayed
Raleigh City Council adopts 'social districts' ordinance
Raleigh woman recovering, arrest made in San Diego shooting
More TOP STORIES News