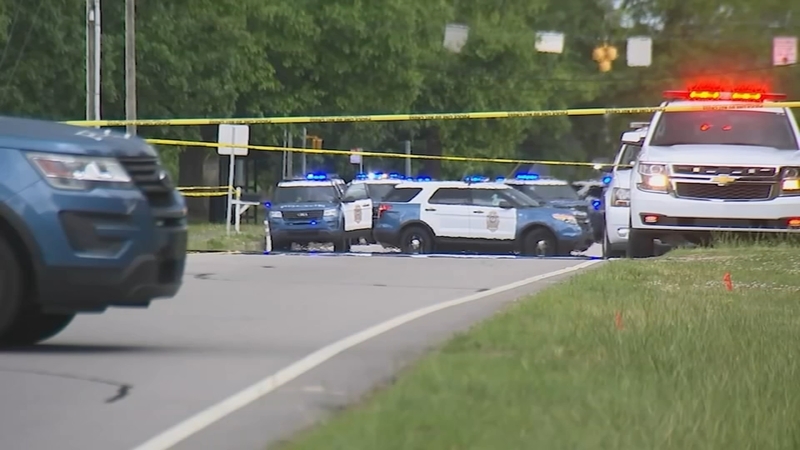 Family of man shot, killed by Raleigh police speaks out

RALEIGH, N.C. (WTVD) -- For the first time, Jasiel Rodriguez-Nunez is speaking publicly about his older brother Reuel -- the son, the sibling, the friend. The side of Reuel that's not part of the five-day report released Friday by Raleigh Police Department.

"My brother was special," Nunez said. "He was funny. He was loving. He was caring. He loved people."

RPD's preliminary report on the fiery chaos that played out in front of the Southeast District last Saturday describes a much different man.

Police say Nunez arrived in a silver minivan, quickly lighting and tossing Molotov cocktails; burning police cruisers and ignoring multiple commands from officers to stop. They say when a commanding officer approached, Nunez threw one of the homemade firebombs in the officer's direction nearly missing him.

"He is trying to throw Molotov cocktails at us," an officer can be heard saying over Raleigh police radios.

"To me, he was just shot like an animal," said Nunez' brother who told ABC11 that he does not believe his brother went to the police precinct to kill anyone. "He was not a psychopath."

The family of Reuel Rodriguez-Nunez speaks out, hours after Raleigh PD releases its preliminary report on the police shooting that left Nunez dead in a police parking lot in SE Raleigh. RPD alleges Nunez hurled Molotov cocktails at cruisers and officers. #abc11 pic.twitter.com/CdQBtSFV7h

Jasiel insists his brother Reuel did not struggle with mental illness. But Reuel has had his share of run-ins with the law over the years. Including a recent stint in county jail where Jasiel believes Reuel emerged with a burning resentment over his treatment. And that it boiled over in front of RPD.

"Personally, I believe that my brother was protesting. Maybe protesting things that he saw in (jail). it was a way of protesting," Jasiel said.

He describes the chaos as more of a cry for help from his brother that the family believes officers should and could have found a non-lethal way to end.

"I think this was taken personal. Like, 'Let's just get this guy over with, shoot him! Shoot him!'" Jasiel said. "It was just one person."

Raleigh Police Chief Estella Patterson says she is petitioning a Wake County judge to release the surveillance and officers' body camera footage of the incident. RPD could not tell ABC11 what the status of that petition is. The video remains unreleased.