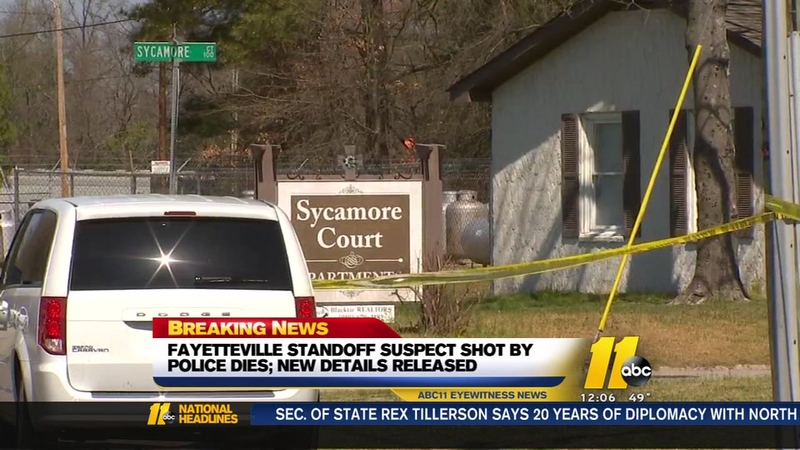 Patrick Earl Gatson, who barricaded himself inside an apartment in the 100 block of Sycamore Court, was shot by an officer after he said he would killed the officers.

FPD: man inside of building said he wasn't going back to prison... was going to shoot officers, among other things

The 32-year-old was taken to the hospital Thursday evening, where he died from his injuries.

FPD: 3 officers were involved with shooting... officers on administrative leave.

Police went to Gatson's apartment around 10 a.m. Thursday in an attempt to serve him with a warrant for common law robbery. Authorities said Gatson refused to come outside.

After nearly eight hours, SWAT officers began searching the four apartments in the duplex. Authorities said Gatson was using the attic to move through the apartments and evading officers.

Police sent in a robot and even used a smoke grenade in an attempt to get Gatson out.

Following the incident, crisis negotiator Darry Whitaker said he and his partner, Capt. Robert Ramirez tried using Gatson's mother and sister to encourage him to turn himself in peacefully.

Kelly said Friday that Gatson's family pleaded with him to surrender, but he would not listen to reason.

Kelly said the officers had to take off their body camera's in order to crawl around in the attic and find Gatson.

An officer found Gatson hiding in a closet after coming down from the attic. Kelly said Gatson, who had a long rifle with a scope and a magazine, told the officer he had a gun.