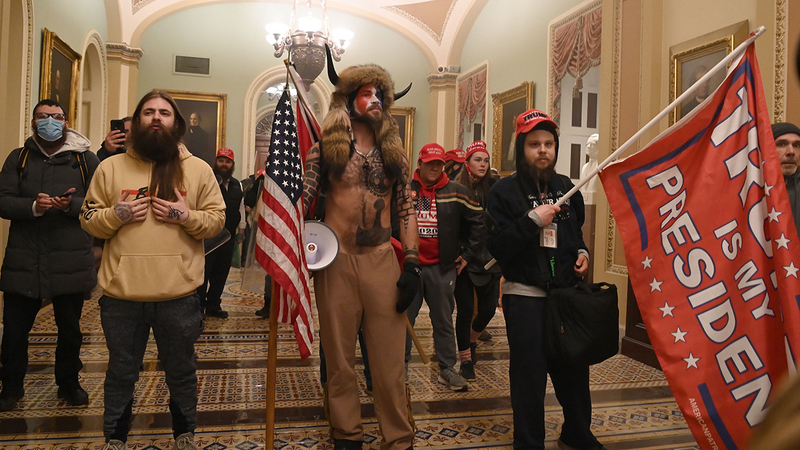 Will rioters face charges for storming US Capitol?

The FBI says it is now seeking information about those involved in Wednesday's riots at the U.S. Capitol.

Metropolitan Police Department Chief Robert Contee says four people died during the riots. One woman was shot and killed inside the Capitol. She was part of the crowd that was breaking down the doors to a barricaded room where armed officers stood on the other side, police said.

She was shot in the chest by Capitol police and taken to a hospital where she was pronounced dead. City police said three other people died from medical emergencies during the long protest on and around the Capitol grounds.

Four people were killed as supporters laid siege to the US Capitol to disrupt the process to count electoral votes and certify the victory of President-elect Joe Biden.

The FBI is now accepting tips, photos or video showing rioting and violence in the U.S. Capitol Building and surrounding area in Washington, D.C.