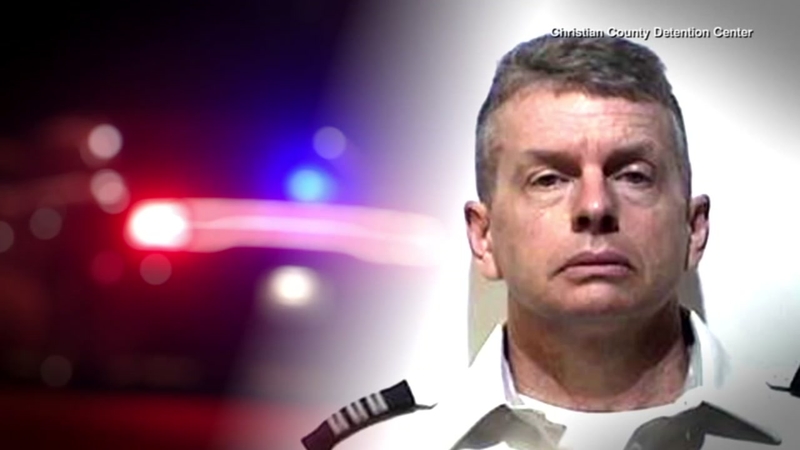 RALEIGH (WTVD) -- Christian 'Kit' Martin, a pilot from Raleigh, was arrested at the Louisville airport this weekend just moments before his flight was set to take off.

Now his fiancée is speaking to ABC11, saying she stands by her man.

"He's an honest man. So his family and I believe he is 100 percent innocent," Laura Spencer said. "We will continue to support him in any way we can."

American Airlines has suspended him from flying their planes until the murder investigation is complete.

Martin, a former Army Major, was indicted on three counts of murder, tampering with evidence, burglary and arson.

The alleged murders happened in Kentucky in 2015.

The indictments say the victims, Calvin and Pamela Phillips, and their neighbor Edward Dansereau were shot and killed in the couple's home.

The bodies of Pamela and Dansereau were later found burned inside a car in a corn field.

On Monday, the suspect's fiancée said the allegations against him are false.

"Although I sympathize with the Phillips and the Dansereau families...Kit has given his life to public service and has sacrificed his self for his fellow man," Spencer said.

His daughter also issued a statement, saying she believes he is innocent.

"My dad is an American hero," McKenzie said. "He's served his whole life and before this had a spotless record. We believe that he is innocent of these charges and hope that the truth will come out."

Matt Phillips, the son of Calvin and Pamela Phillips, said he believes his parents were killed before Calvin could testify against the suspect in a child sex abuse case.

Martin was acquitted of those allegations and later moved to Raleigh.

"Knowing that my parents were brutally butchered in their home and knowing that he was free, not only to me but the entire community. It's unacceptable and incredibly frightening," Phillips said.