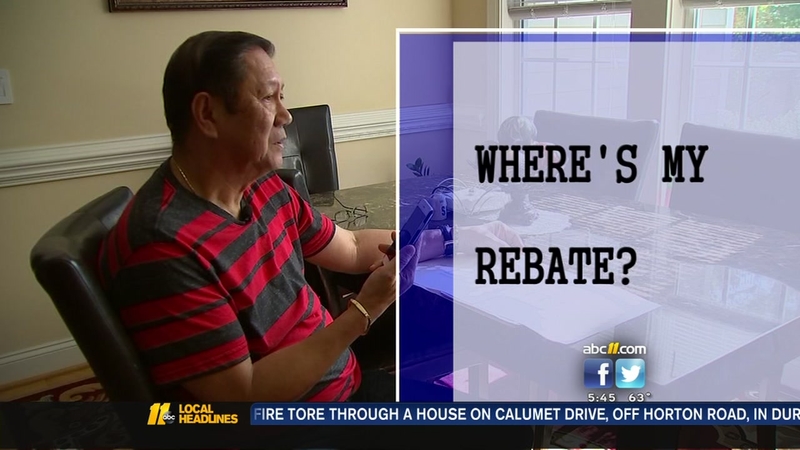 "We worked with Mr. Lim and Ms. Dowell to quickly resolve their concerns and apologized for the inconvenience. Our goal is to ensure that customers have a seamless experience every time they interact with us. For those times when we don't succeed, we work quickly to resolve."
___

There is a lot of competition when it comes to who will be your cell phone provider. Many providers are offering big incentives to get you to make the switch.

Barbara Martin-Dowell says she was offered $2,200 just to switch her family's phone plan. She has four lines and says, "They were promising $550 a line."

"They have this promotion that says $650 per line if you switch," Simon says.

Simon Lim was skeptical but then made the switch to AT&T and then had trouble getting promised rebates.

Simon was skeptical at first.

"I have to pay early termination fees and the guy says 'oh, no problem we will take care of that,' " he recalled.

With a deal that sounded so easy, Simon and Barbara both made the switch to AT&T. It wasn't long before they both say they realized it might not be as easy as the company made it seem.

"They kept telling me all of these things I didn't do. They blamed me for it, they were trying to wear me down," Barbara says.

She didn't let them wear her down, she wanted the money she was promised. She adds, "I bet I made 25 calls, different agents would give me a different story every time, and then they said I owed them money and then they turned off our service."

Barbara Martin-Dowell says she kept getting the run-around after she switched to AT&T.

Simon says he thought he was talking to AT&T when trying to figure out where his rebate was, instead he says, "I wasn't talking to AT&T at this time because supposedly I was transferred to a third-party company that handles the rebate process for AT&T, which I did not know."

After months of fighting the cell-phone company, Barbara and Simon say they were both told the same thing.

Simons says he was told, "I wasn't going to get the rebate because we were not eligible."

Barbara says she got a similar story, "They kept trying to say I didn't meet the requirements."

After months of fighting, Barbara and Simon got in touch with me and I reached out to AT&T. Reps with AT&T reached out to both customers and fulfilled their deals.

Get more consumer tips with the ABC11 News App

Simon explained, "I waited all this time and Diane was able to take care of it in less than a month."

Barbara is also happy with finally getting her incentives. She adds, "Thank you, I want to thank you because it never would have happened if you wouldn't have helped me out."

Tips When Making the Switch