I had the pleasure of sitting down with its owner Jared Plummer.

The name comes from his grandmother's front porch where you can see two wooden roosters near the front door.

It is the place where he grew up, enjoying homemade ice cream and learning how to make it.

Two Roosters has been known to locals in Durham as a food truck at The Cookery.

Read more articles by Lucy on her blog!

Plummer went to NC State University and majored in finance and accounting.

He made ice cream as a hobby and would even take it to dinner parties.

People started asking him if he had considered selling his ice cream, which inspired him to look further into the process.

However, in 2011 he decided to pursue his love of ice cream and even attended Ice Cream University in New York City a couple of times.

He met people that had their own ice cream business.

His passion was so strong, he even took time off his corporate job to gain some valuable hands-on experience by working for free.

How is Two Roosters different?

Plummer tries to tweak his recipes by putting his own spin on it.

He roasts the strawberries and then adds honey to the mix for his Roasted Strawberry and Honey flavor - the Sola Cinnamon Donut is my personal favorite.

I am a regular customer of Sola Coffee Café and love their cinnamon mini donuts!

Imagine my surprise when I had the honor of taking home this special ice cream from Two Roosters.

The donuts are steeped into the base flavor overnight and then he strains them out; the result is the infused flavor of the donuts in the ice cream.

What keeps customers coming back?

Since the flavors are so unique they will make a trip for that reason alone, knowing that this is the only place where they can get it.

The ongoing guest list of flavors is another popular reason to return at the beginning of the month; customers know when to expect new flavors.

They can't help but be excited and curious; the waiting period builds momentum.

He demonstrated how he made a milkshake.

The secret to a Two Roosters' milkshake

Each one has about one pint of ice cream in it. Plummer said one pro tip to making a good milkshake is using whole milk.

Two Roosters believes in community involvement and engagement. They have had fundraisers and family fun nights through a couple of local elementary schools.

They also help with the Duke Lemur Center through its Lemur Adoption Program, which is fitting because they get their vanilla from Madagascar - the home of lemurs.

According to Plummer, what better way to help their neighbor than through their conservation efforts with the lemurs?

It was a fun experience interviewing Plummer and his ice cream business.

I am happy that I was able to be a first-time guest along with my son that had the pleasure of trying a December guest flavor "White Chocolate Peanut Butter Yo-Yo." We were super thankful to take our delicious ice cream home with us.

The next time that you are in Raleigh and are looking for a friendly ice cream shop please visit Two Roosters Ice Cream. You will not be disappointed and don't forget to peek towards the back of his shop.

For on that back wall you will find a framed photograph of his grandmother's house; a place that takes you down memory lane where his love of ice cream began. 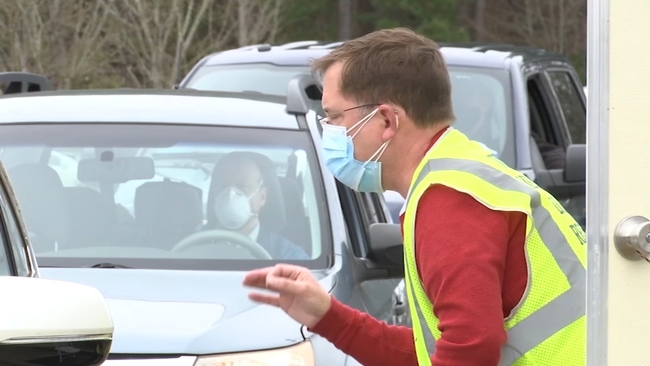