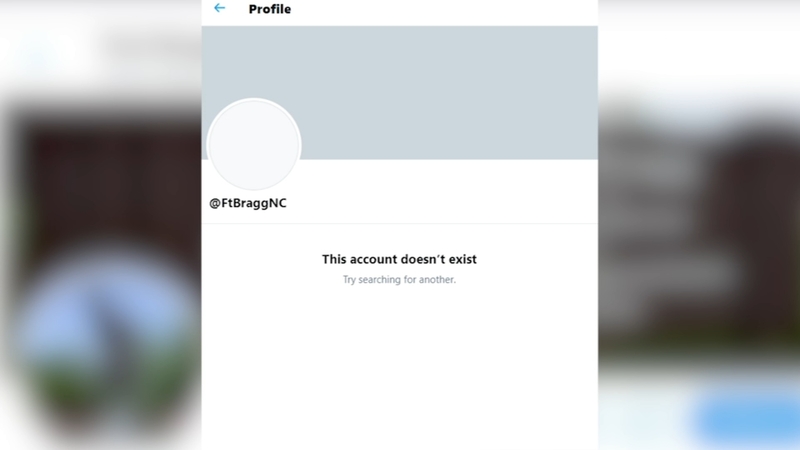 FORT BRAGG, N.C. (WTVD) -- A Wednesday incident involving a series of lewd tweets from Fort Bragg's official account was actually the work of one of the account administrators.

New information from the XVIII Airborne Corps' verified Twitter account revealed an administrator was responsible for the tweets in question following an investigation. Thursday morning's news refuted an earlier report from Fort Bragg officials that indicated the account was hacked.

"Appropriate action is underway," according to XVIII Airborne Corps.

This morning, at the initiation of an investigation into yesterday’s incident regarding inappropriate tweets on the Fort Bragg Twitter account, an administrator for the account identified himself as the source of the tweets. Appropriate action is underway.

On Wednesday, Fort Bragg deleted its Twitter account shortly after officials said "a string of explicit Tweets" was the work of a hack.

Just before the Twitter handle was deleted, Fort Bragg tweeted out at 5:20 p.m., that the account was the victim of a hack.

"As many of you may know, there were a string of explicit Tweets from our account this afternoon. This was not the work of our admins. Our account was hacked. We apologize to our followers. We have secured our account and (sic) looking into the matter," the Army base said.

Earlier Wednesday, the account could be seen tweeting a number of lewd messages to another Twitter user.

Earlier this afternoon the Fort Bragg Twitter account was hacked and a string of inappropriate tweets were posted to the account. When made aware, the Fort Bragg social media team deleted the tweets & temporarily moved the account offline. The matter is under investigation.