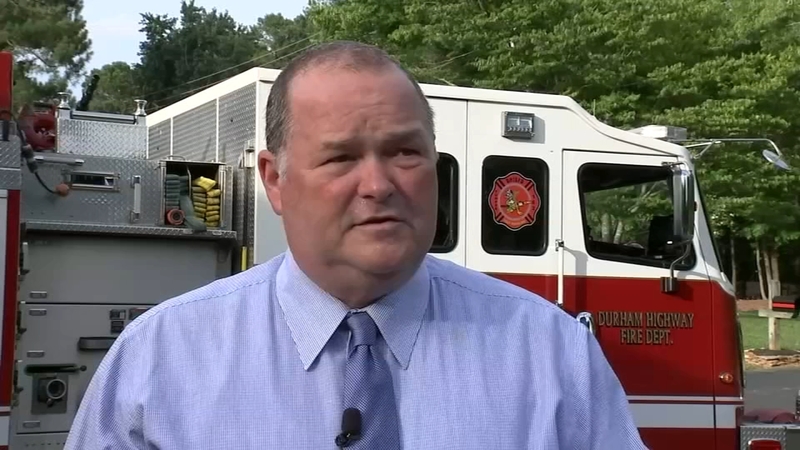 RALEIGH, N.C. (WTVD) -- Desperate search and rescue efforts resumed at the collapse site in Surfside, Florida, Thursday night, after a temporary pause, earlier, over fears the rest of the building might collapse. ABC11 went for more insight into what those rescuers are facing from someone who has been in those same trenches: A former Miami-Dade division fire chief who now lives here in the Triangle.

Raleigh retiree, Foy Jenkins, devoted his life to firefighting. He spent 30 years with Miami-Dade Fire Rescue, including a stint as chief of special operations -- overseeing the same search and rescue teams now aiding in the efforts in surfside.

"I knew it was big. I didn't realize it was going to be that big," Jenkins said describing his initial thoughts after getting word of the collapse.

Not long after much of the Champlain Towers came down, Jenkins realized just how catastrophic it was; a disaster requiring an extended operation. One where four years ago, Jenkins would've played a lead role.

He called it unprecedented -- in that it wasn't a terror attack or a hurricane that brought the tower down.

"And that's not something in this country we're used to seeing because the south Florida building codes are the strictest in the country," Jenkins said.

At the collapse zone Thursday, a visit from President Joe Biden.

"The whole nation is mourning with these families," Biden said in a speech before offering the nation's gratitude to weary search and rescue crews.

"What you're doing here now is hard as hell, even psychologically. And I just want to say thank you," Biden told crews gathered not far from the rubble.

"The difficult thing about it from a rescuer's standpoint is you want to make a difference," Jenkins said. "And the (rescuers) are ginned up and doing everything they can but it's just because the collapse is so catastrophic."

Foy Jenkins spent nearly 30 years with Miami-Dade Fire Rescue, including a stint overseeing the search and rescue team • Tonight, the Raleigh retiree has insights on the agonizing search and rescue after the #SurfsideBuildingCollapse • AT 11 • #abc11 pic.twitter.com/uKCe6FLiVN

Jenkins describes the mission as a methodical and painstaking process amid the worst possible type of collapse: a pancake collapse.

"There is very little room to move laterally. You have to move vertically," Jenkins said.

There's no space -- just layers of extra-thick hurricane-proof concrete. All while anxious and grieving families wait desperately for word on loved ones in what feels like an excruciatingly slow wait.

"It is (slow) but it's not," Jenkins said. "Obviously if I had a family member there it would look like it's going slow but there a tremendous amount that's going on all the time."

Foy Jenkins returned to his native North Carolina in 2017 to become chief at Morrisville Fire Department. He then served as chief officer at Northern Wake Fire Rescue until his retirement.