ABC11 Together highlights the strength of the human spirit, good deeds, community needs, and how our viewers can help
WTVD
By Mark Armstrong 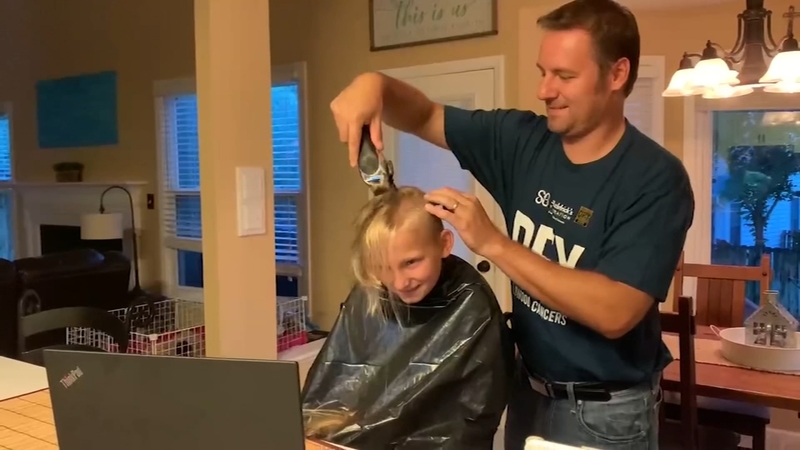 RALEIGH, N.C. (WTVD) -- The 13th annual Growler charity Invitational Beach Volleyball Tournament was one of many community events that had to be called off this year because of COVID-19 but 9-year old Savannah Bakowski was not going to let that stop her from doing some good.

Savannah is exactly right about that and that's part of what made her gesture this year so special. She's been working up to it in years past.

"I just felt that if I did more than I would probably raise more money because I did way more than last year," Savannah said.

It's a very cool thing when a child has a heart to help others.

"A lot of this, honestly, is just Savannah. She just has a big heart and has always felt compassion for people and has wanted to help people," her mother, Lisa, said.

Savannah was introduced to St. Baldrick's foundation thanks to her parent's participation in the annual Growler tournament at Springdale in north Raleigh. The event is a fundraiser for the charity. Participants shave their heads to raise money for children and their families dealing with cancer. In its 13 years, it has become a fairly sizable deal.

"She would see the others up there, and she's like, I want to do that, and the first year she wanted to do her whole head, and this was four years ago, and we as parents were like..." remembered Savannah's dad, Adam.

Savannah never had any of that reluctance.

"My friends were, 'Oh, well, you know I would never shave my head. I just like to keep on growing my hair.' I'm like I really don't care about my hair," Savannah said.

Still, Savannah's determination to make this cause her own stands out. She's raised $1,200 and counting so far this year. She became even more motivated when she met a young boy that her efforts are helping.

"I felt really good to see him," she said.

And was he happy to see her, too?

As you could imagine, Lisa and Adam are awfully proud and happy to let Savannah stand alone when it comes to her short crop.

"Yeah, I think I'll let Adam handle that side of it." Lisa laughed.

Adam chuckled, and replied: "I think I'd be ugly bald, and I know that's not what this is about."

"Most of my friends are like 'you're going to look amazing, and I'm so proud of you.'"