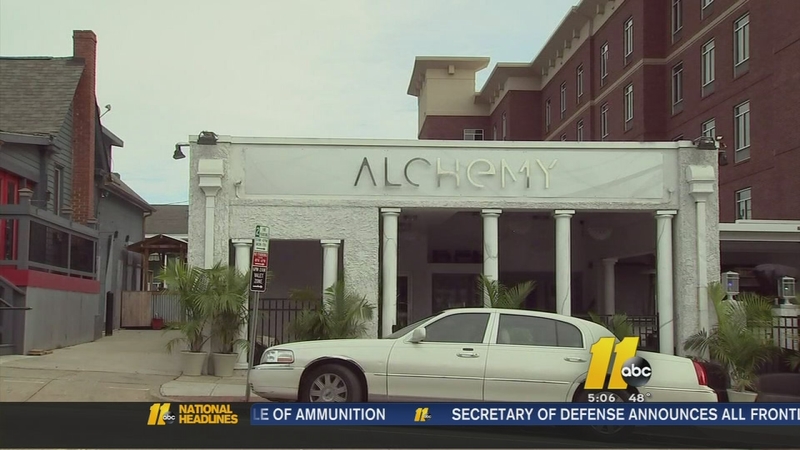 2 women stabbed in bar in Raleigh

RALEIGH (WTVD) -- Raleigh police are investigating after two women were stabbed an hour apart on Saturday at the same bar on Glenwood South.

An unsuspecting young woman who was stabbed at Alchemy Bar said her wound was just two inches from her spine.

She isn't alone. Police said another woman was cut about an hour earlier at the same crowded bar. Apparently, she didn't realize she had been injured until later.

The victim who spoke to ABC11 didn't want to be identified, but she said it didn't take her long to realize she needed medical attention. She said it took several stitches to close her wound.

The two women, who don't know each other, were out with different groups.

Investigators said the two women could have been cut with different weapons. The descriptions of the possible attackers were also different.

The second victim admitted that she described the first man she saw after she was attacked, but says the bar was so crowded she can't be sure that is the actual suspect.

Other Alchemy patrons said that doesn't surprise them because of the dim overhead lighting in the bar.

"It'd be hard to kind of see what happened, you know, the real story there," said Glenwood South regular Nick Floars. "I mean, this place really has been known for dark, you know, dark atmosphere."

He was interrupted by his friend Jon King.

"That and a lot of flashing lights and a really crowded atmosphere, loud music," King said.

Some women who also frequent Glenwood South are concerned that the suspect or suspects could strike again.

"It's pretty frightening, the idea of something like that happening again," said Samantha Cibelli. "I suppose that I would be pretty cautious about going out because of that."

"It just stinks that you can't always feel safe wherever you are," said Andrea Hoyt, Glenwood South patron.

Raleigh police want to hear from anyone who might have been cut even slightly while visiting Alchemy or Glenwood South Friday night into Saturday morning.

They would also like to hear from anyone who may have seen something unusual during that time. Raleigh police can be reached at (919) 996-3555.