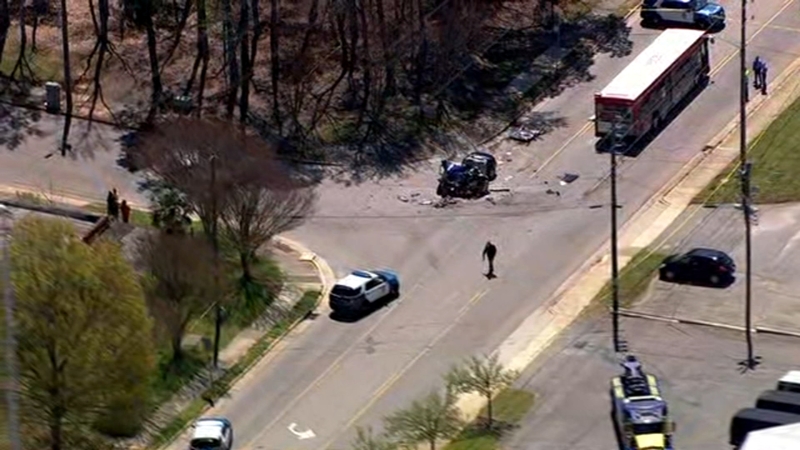 RALEIGH, N.C. (WTVD) -- The driver of the car involved in a crash with a GoRaleigh bus has died.

The crash happened just before noon Sunday. Raleigh police said a 2005 Acura that was traveling North on Garner Road approaching the intersection with Peterson Street struck a GoRaleigh bus that was making a left turn from Peterson Street onto Garner Road.

The two people inside the car were taken to the hospital with serious injuries. The driver of the Acura later died at the hospital.

One passenger on the bus was taken to the hospital with what police described as a non-life-threatening injury.

Names of the victims have not been released.

The bus driver was cited for failure to yield causing serious bodily injury.