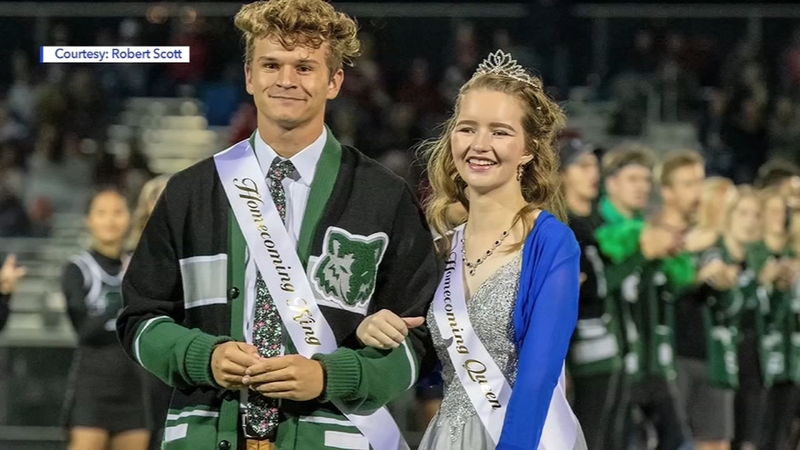 NORTH LOGAN, UT (WTVD) -- A 17-year-old girl in Utah was crowned homecoming queen recently, but it's her journey that's the story.

Deserae Turner was shot and left for dead in February 2017. She survived, but every day since then has been a battle. She says she's been through 10 brain surgeries, part of a long and stressful recovery.

She refuses to let the tragedy shape her, and instead be grateful for what she has. Last Friday night gave her another reason for gratitude. She took the homecoming crown at Green Canyon High School. The community donated to Deserae's look, one of many supportive gestures she's gotten.

"I was just a homecoming queen," Turner told KSTU. "There's nothing special about that. But if you think about what I've been through, yes - it's very special. It is very awesome."

Turner says she's excited about graduating. She wants to serve as a missionary. She has two more surgeries scheduled this year.