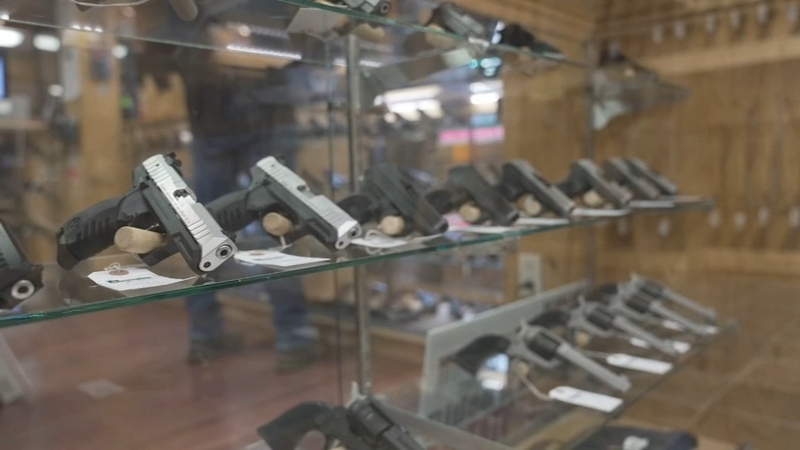 RALEIGH, N.C. (WTVD) -- The latest proposal by some North Carolina lawmakers would examine whether closing gun stores in close proximity to schools will improve safety.

It is too late to introduce a new bill at this point on the session but Senator Natalie Murdock introduced an amendment that can be added to any bill. It would create a 1,400 foot safe zone around schools and daycares where new gun stores would not be allowed to open.

It would not close existing stores but it would make it more difficult to open new stores.

The Durham Mayor Pro Temp, Mark-Anthony Middleton, said he also plans to introduce the study to City Council too.

Senator Murdock said she plans to hand deliver this amendment to Republican majority leaders and hopes it will have bipartisan support.

"The concept is to make sure there isn't a very visible business where a young person or a bad actor can easily have access to a gun near a school. That's what we need to crack down on," Murdock said.

Senator Murdock says the inspiration for the amendment came from a California study that proved students would be safer with less exposure to things like gun stores. The amendment would also allocate funds to study the effects current gun stores have on students in schools and day cares nearby.

Leah Krevat says her brother was on campus at UNC Charlotte in 2019 when two students were killed by a gunman-and at first she couldn't get ahold of her brother.

"That was the scariest day of my life and the message was run, hide, fight. That shouldn't be the message there. And I'm hoping that things will change not just for me, but my children and my children's children because this is ridiculous. We've have enough," she said.