According to data from the North Carolina Department of Health and Human Services, more than 1,000 people tested positive for the virus across the state last week. Sixty-three people have died from flu-related complications since October. 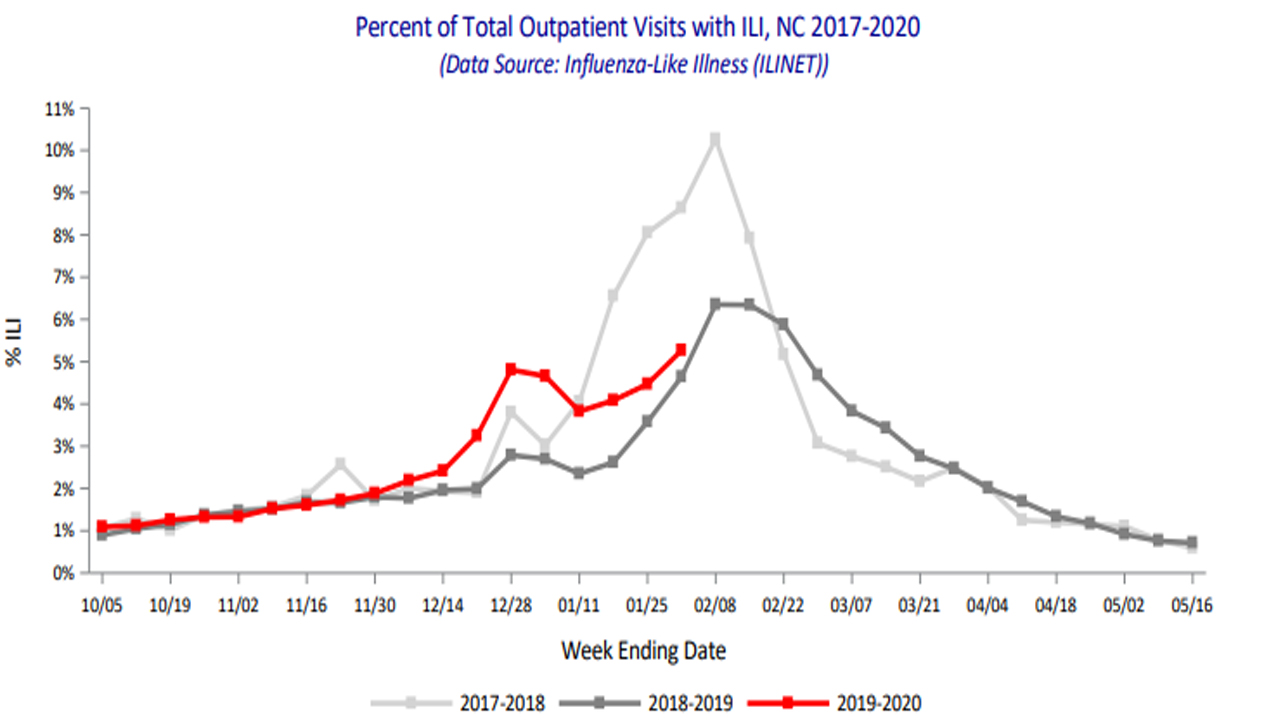 Last week, nine flu deaths were reported across the state.

Sickness is shutting down several area schools. Between the flu, common colds and other viruses, Dr. Cara Davis of Raleigh's Med One said she's seen it all.

"There are a number of things," Davis said. "One family I've seen this week, each of them all had something different. So you can't always assume it's the flu."

ABC11's Morgan Norwood originally went to interview Davis, but not before getting her own flu exam after she fell ill this week.

Thankfully, her tests came out negative, but she did have a flu-like virus.

"The Triangle area has a good amount of people who are travelers, business and leisure travel," Davis said. "So once you get in the airports you can bring flu back any time of the year."

"Up to a quarter of our patients coming in in recent weeks is because they had the flu-or a flu like illness," said Davis.

Med One is taking precautions to protect patients and staff, such as offering a mask at the door and spraying down seats.

"Three of our members tested positive for the flu and became sick and two of those folks had flu vaccines," Davis said. "And they were only sick two or three days because of the vaccines. Unfortunately the other individuals ended up in the hospital because they didn't have the vaccine, so very frightening."

Davis said that we are in peak flu season, so the best way to protect yourself is to wash your hands, wear a mask and get your flu shot. To find a health care location near you, click here.

In addition to the flu, Davis said she's seen an increase in respiratory illnesses, strep throat and stomach bugs.

With the elderly and children most vulnerable, Davis recommends keeping children home from school if they experience fevers or symptoms.