WTVD
By Jonah Kaplan
RALEIGH, NC (WTVD) -- Despite efforts to repeal, the Affordable Care Act is still the law of the land and still relatively popular in North Carolina.

Still, major changes are on the way for next year affecting an estimated 40,000 people in Wake County and Durham County, including the arrival of a new provider to the ACA exchange on HealthCare.gov.

The new plan, known as Ambetter of North Carolina, will be the only exchange plan available that offers in-network benefits for both Duke and WakeMed systems. It will be underwritten by Centene, a Missouri-based company that offers exchange plans in 16 states.

Despite effort to repeal, @HealthCareGov remains law of the land - and remains popular in NC. @CMSGov says 519K signed up in 2018 - 4th among states on federal exchange. @ABC11_WTVD pic.twitter.com/IOkuVm2UDn

"WakeMed is committed to providing exceptional quality care at a great value right here in Wake County," Donald Gintzig, president and CEO, WakeMed Health & Hospitals, announced in a news release sent to ABC11. "We feel strongly that no one should have to leave Wake County to receive world-class care, and patients and families deserve to have access to the healthcare partners they know and trust. This partnership accomplishes that goal and allows us to maintain our focus on improving the health and well-being of our community."

"The fewer choices people have, the worse it is for the people," Mike Causey, North Carolina's Commissioner of Insurance, told ABC11. "I think more choices the better and I'm all for as many choices as we can find for people. What we're doing in the Department of Insurance is to do everything under our power to recruit more insurance companies to this state."

Data provided by federal government shows North Carolina ranks among the top states with the number of residents signing up for health care on HealthCare.gov, more than 519,000 in 2018. Other insurers, such as Aetna and UnitedHealthcare, previously offered plans in some counties in North Carolina but pulled out of the exchange in 2016.

Causey, a Republican, says despite the ACA's turbulent debut in 2010 and succeeding years of exploding prices, the market is "stabilizing somewhat" and consumers should see some benefits of that in the future. 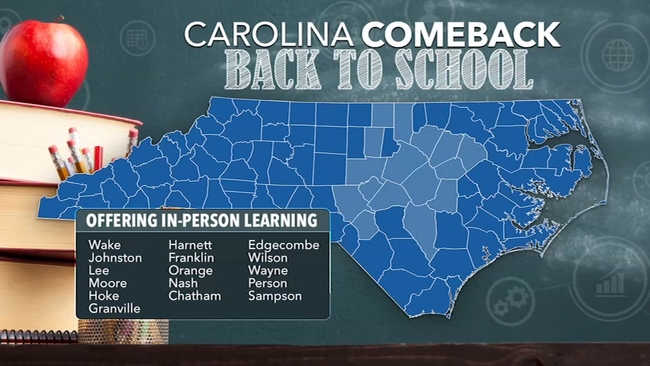