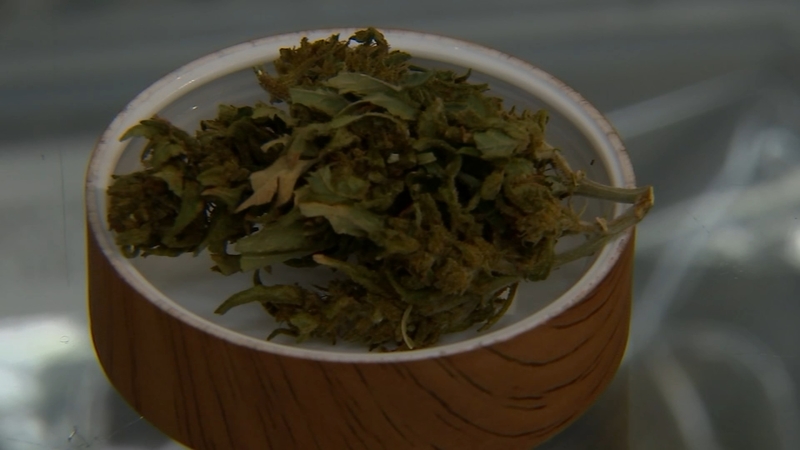 Smokable hemp ban could go into effect in June

DUPLIN COUNTY, N.C. (WTVD) -- Work to separate flower buds from the stalks of hemp plants continued at farms across the state Tuesday despite the ban on smokable hemp pending in the state legislature.

Zach Mountford, who has a hemp farm in Duplin County, is happy with the harvest of his latest crop.

But, in the face of the ban which would take effect on June 1, 2020, it might be the last profitable crop he harvests.

"25 to 35 percent of our business is smokable flower," Mountford told ABC 11.

Losing that much profit will likely take a toll.

"I would say you'll see some folks going out of business especially retail stores and things like that."

There was a time when hemp farming was touted as way to help former tobacco farmers.

Hemp is very versatile and can be used in everything from textiles to building materials.

But, as the use of Cannabidiol or CBD boomed, the plants flowers became the profit maker.

Some who suffer from chronic pain and anxiety say it relieves their symptoms.

And, while CBD oils and edibles like gummies will remain legal, many who use CBD say smokable hemp gives the most immediate and longest-lasting relief.

But police say the flower and its smell - both in raw form and when burning - are virtually indistinguishable from its illegal cousin marijuana.

Law enforcement officials complained to legislators that since the smell of pot smoke can be used as probable cause for a search, smokable hemp muddied the waters.

Legislators decided the easiest solution was to ban smokable hemp just when the product was becoming more profitable.

On Monday the North Carolina Senate passed the Farm Act which includes the ban.

The scheduled vote on the Farm Act in the House of Representatives was delayed.

Once dry the plants are taken to a room next door where the flower buds are stripped from the branches and placed in an industrial sized plastic bag.

This harvest should yield a good payday.

But next year's crop is already in question because of the possible ban.

If the ban becomes law smokable hemp proponents will have seven months to try to find a solution that might persuade lawmakers to lift the ban before it takes effect.

Their best hope at this point is a hemp field test kit developed in Europe and just recently made available in the U.S.

Mountford hopes law enforcement officials can give the test a try to see if it might alleviate their concerns.

Until then Mountford and hemp retailers hope the people who have found relief from smokable hemp will speak up.

"We encourage people to contact their state legislator and voice their opinion on the matter. And in the meantime we're just going to continue to work and continue to hope for the best."