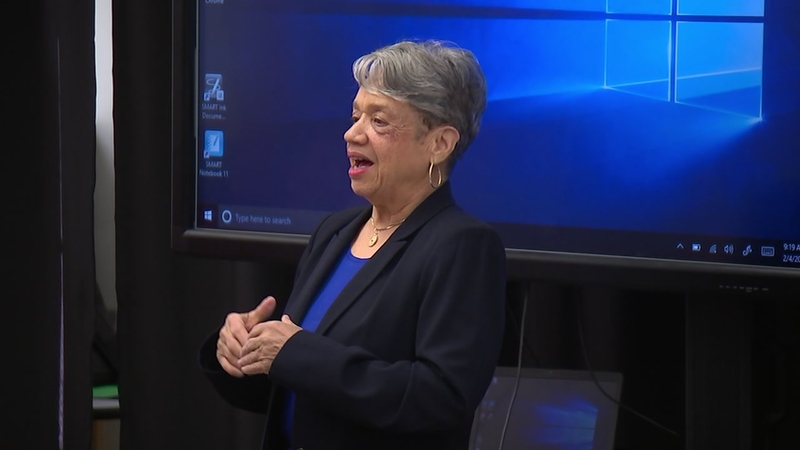 RALEIGH, N.C. (WTVD) -- The stories of African American women who became mathematicians and led the way in NASA's research during the 1950s and 1960s were portrayed on the big screen in 'Hidden Figures.'

Dr. Christine Darden became the next generation of the Hidden Figures at NASA.

Dr. Darden spent 40 years at NASA. She started as a mathematician and worked her way through the ranks. On Monday, she told her inspirational story to sophomores at the Wake STEM Early College.

"I watched the movie Hidden Figures and I was really inspired by it so I found it very empowering that this strong woman was able to come in and talk to us and I think it was a very good experience," said student Nadia Samah

Dr. Darden says young girls like Nadia Samah are the reason she continues to tell her story.

"I want her to stay that way. I want her to be able to draw on that in some of her low moments when she's not feeling so great but to know that she can go on and do it," Dr. Darden said.