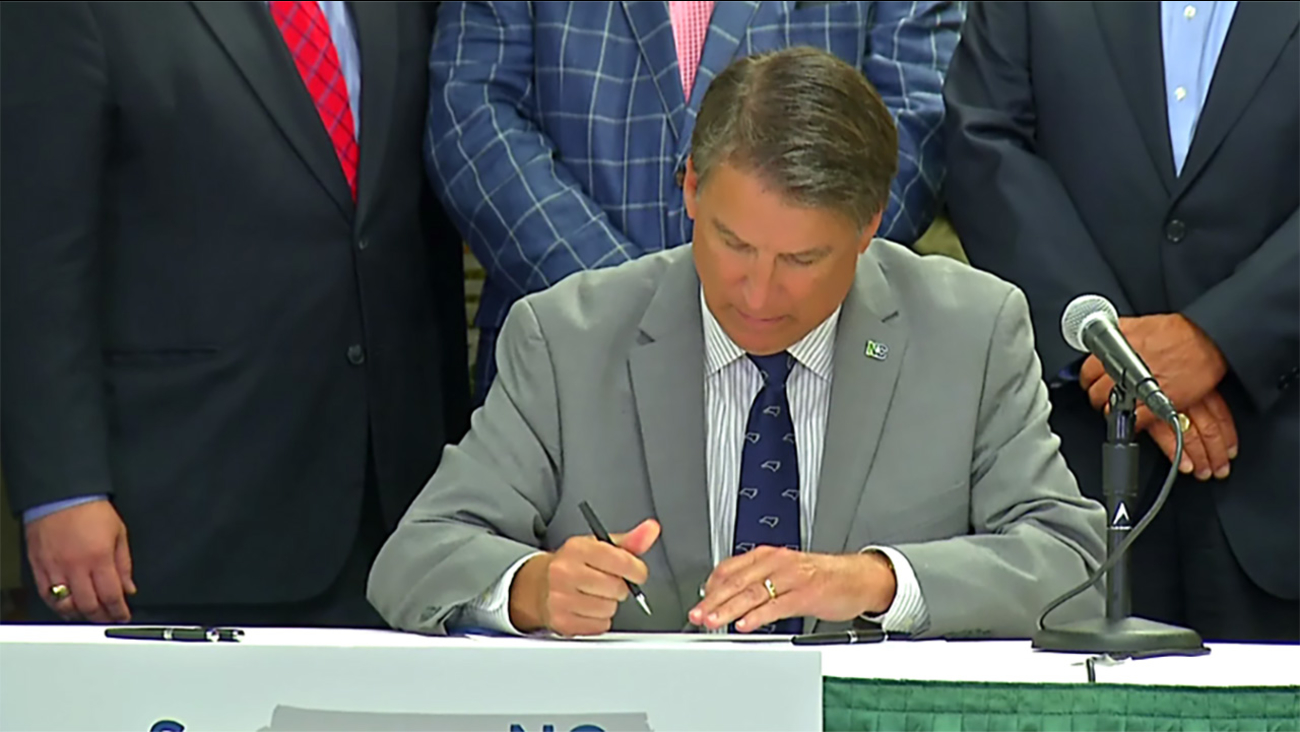 RALEIGH (WTVD) -- Gov. Pat McCrory saw a boost in funding Tuesday evening at a fundraising event to honor him.

The event was hosted at the home of Greyson and Garland Tucker in Raleigh. It included special guest speaker, Governor Scott Walker of Wisconsin, who McCrory said he considers a friend.

"Scott's gone through similar things I'm going through," McCrory said. "Coordinated national campaigns, coordinated and well-paid protesters. A lot of people from outside trying to influence a statewide election. So he went through a similar circumstance I've been going through for three and a half years."

The governor then answered questions about HB2 and how he feels the law is being used as a political pawn both locally and nationally.

The fundraising event was closed to the media. According to the invitation site, tickets to attend ranged from $100 to $1,000 and donation amounts were listed as high as $5,100.

Gov. Walker ran in the presidential primary on the Republican ticket in the early stages of the race. He spoke at the Republican National Convention last week in support of Donald Trump.