Both the House and Senate passed two-year spending plans of at least $22.9 billion per year - roughly $500 million less than the Democratic governor's proposal.

"(Republicans) are shortchanging the people of this state," Cooper asserted at a news conference. "They have to do better. They have the opportunity now and the resources are there. They just need to decide to do it."

Among the many provisions, the House tax proposal inside the budget would cost about $340 million to carry out over two years, with increases in the standard deduction and some tax breaks for businesses.

The Senate plan is even more ambitious, slashing taxes by up to $1 billion.

"Neither the House nor Senate budget keeps up with population growth and inflation," Cooper said. "What we have is a state growing by 110,000 people every year - equivalent to the City of High Point. We need to make sure we keep up with that growth."

The House budget proposal does provide raises of about $1,000 for all state employees, and separate money allocated for teachers and principal pay increase. The nearly 400-page document spells out spending plans for all government programs, including health, infrastructure, education, criminal justice and storm relief, among many others.

"More people will tell you they can spend the money a whole lot more wiser than government can spend it," Sen. Harry Brown (R-Jacksonville), the ranking member of the Appropriations Committee, told ABC11. "We're funding what we feel government needs at this point. We just try to manage that growth."

The two chambers ultimately will negotiate a final budget to present to Gov. Cooper. On Monday, the governor did not threaten to use his veto power on the budget once passed. 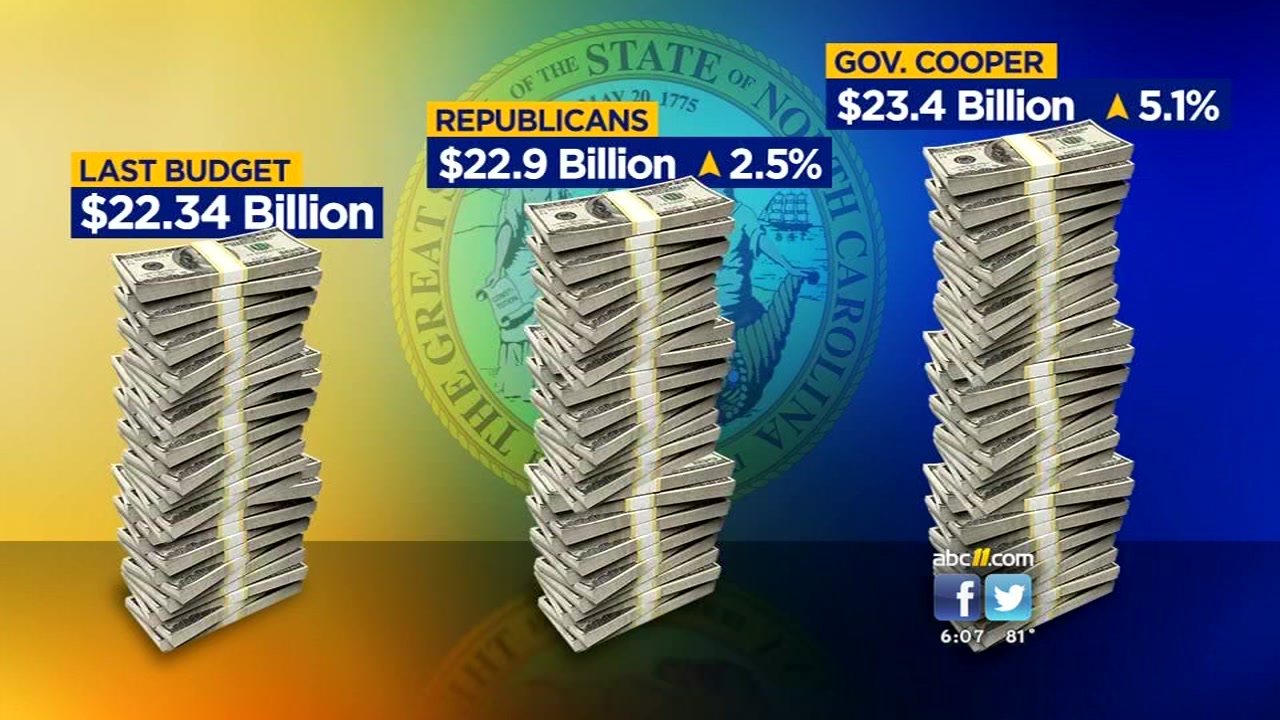