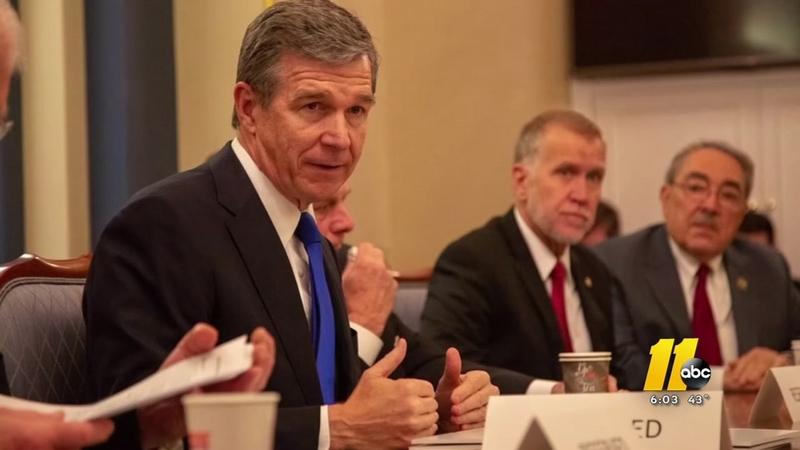 Cooper goes to DC to lobby for hurricane relief

In meetings at the Capitol and the White House, Cooper touted North Carolina's own investment in relief efforts to shore up backing for an additional $5 billion.

"When you're talking about a $17 billion loss from this storm, we know we're going to need help from all kinds of places," Cooper told ABC11, referencing officials' official estimate of the total cost of hurricane-related damages. "It is time for state government, federal government to step up and do what's right by our state to make sure we can get back on our feet and start rebuilding stronger and smarter."

"There has been remarkable bipartisan cooperation and effort," Cooper said. "Resiliency and lessening the impact of future storms is going to be a hallmark of this recovery effort that we are undertaking here."

In his interview with ABC11, Cooper identified three key areas for federal aid: housing, agriculture, and infrastructure. He said he hoped lawmakers can approve the aid as part of a larger appropriations bill on the agenda for this month's lame-duck session.

Rep. David Price (D), who will become chairman of an appropriations subcommittee next year, was confident that there will be bipartisan support for North Carolina's requests.

"Most of us, most of the time, have that solidarity and we've helped with disasters all over the place and we count on our colleagues now," he said.

Asked about the other emerging requests for disaster relief in California and how that might affect North Carolina, Price dismissed any concern that the Tar Heel State would no longer be a priority.

"We want the country at full strength, and when Florida panhandle is devastated, when North and South Carolina have untold amounts of damage, when fires ravage California - these are national disasters. They're national scale disasters."

Tillis, whose Republican Party will maintain a majority next year in the Senate, agreed.

"Capitol Hill understands that North Carolina has experienced three 500-year events in the last 18-19 years," Tillis said, including Hurricane Floyd in 1999. "There's a huge case for our being prepared for the next storm. This is when Congress is at its best when we're working. We have resource limitations, but we get together to make sure priority goes to those states that are in need."