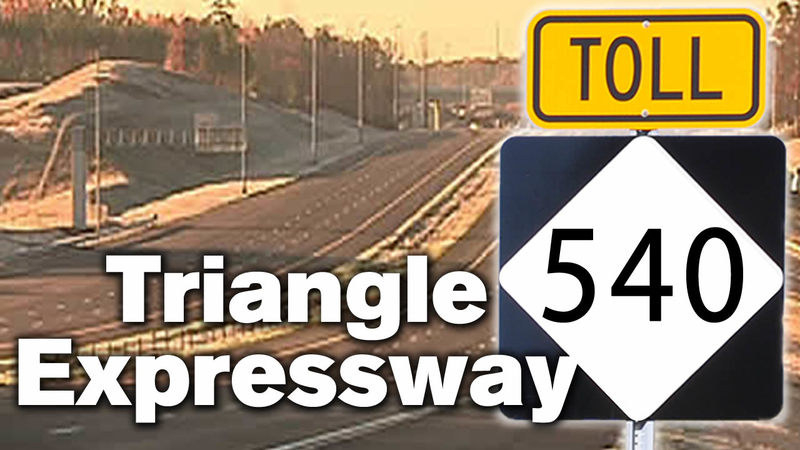 RALEIGH (WTVD) -- NC540 is in a holding pattern and technically that's nothing new.

Plans to finish the loop ringing Raleigh and the towns around it have been in the works for more than two decades, but the state was planning on being further along at this point in 2015.

Officials at the Department of Transportation tell us their hands are tied until they receive an environmental report from the federal government.

The Environmental Impact Statement studying all the potential routes the southern portion of 540 is about a month overdue and local advocates of the project are trying to put the pressure on.

Click here for a map of the routes (.pdf)

"Let's get on with it," Sears said, rattling off the names of other routes under consideration. "Purple, blue, lilac, green, red; those options destroy neighborhoods and I'm not going to stand for it. That's just the wrong thing to do."

Sears has been at the center of the struggle to finish 540 since becoming mayor 13 years ago.

But the state appears to be in a holding pattern.

The DOT's website dedicated to the project still includes a timeline saying the EIS would be finished in the summer.

The fact it's over a month late may mean other parts of the project get pushed back, such as opportunities for public comment.

But a spokesperson for the DOT says they are still on track to break ground in the spring of 2018.