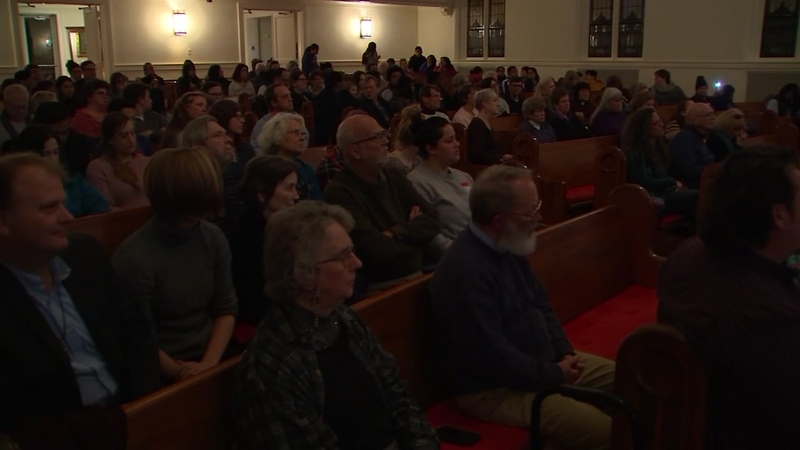 Durham church pray for those detained in multiple ICE raids

On Sunday, members of the faith community prayed for it to stop.

Behind the walls at Asbury United Methodist in Durham, members of the Latino community - those documented and undocumented - gathered with allies in-person and online petitioning a higher power for help and intervention.

The vigil comes days after a series of statewide ICE arrests of people in the country illegally.

Organizers of the event said some of those arrested are parents - taken into custody at work, in their neighborhoods, while shopping or near their child's school.

RELATED: More ICE arrests reported in Triangle, including outside a Durham HS

"When you are not able to go and do the normal things you do everyday, those are signs of oppression," stated Vergara Millan .

ICE says it is following federal law, and will pursue more widespread arrests of criminal offenders and likely their associates identified as being here illegally.

The beefed up presence is due to a cancelled agreement between several local sheriff's offices in the Triangle to help with those arrests.

Wake, Durham and Mecklenburg are among the sheriff's offices that have refrained from the partnership.

"If these programs would be in place. I wouldn't have to put so many officers on the street like illustrated before..and you would have less people like you were talking about workers going to work," stated Sean Gallagher on Friday, who is a spokesman for ICE.