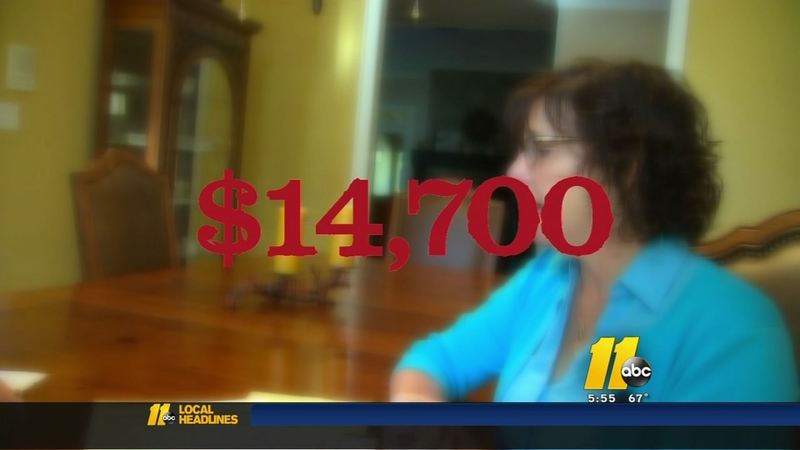 RALEIGH (WTVD) -- No one wants to receive that dreaded letter from their insurance provider that says your rates are going up, and Raleigh homeowner Tara LeFevre is no exception.

LeFevre got a letter from her insurance company Blue Cross Blue Shield (BSBC) of NC letting her know that her insurance plan for her family will no longer be offered, and one of the proposed new plans could increase her monthly premiums by 128 percent.

She said, "You buy insurance to protect just in case right? But it seems now like it's being priced out of the ability to do that."

Right now, Tara, along with her husband and one child, have what's known as the "grandfathered plan" through BCBS of NC.

"When all of the talks of the ACA plans came up, Blue Cross said to us, 'If you didn't make any changes to your policy you could stay on it indefinitely and it would be called a grandfathered plan.'"

Well, that plan is being phased out, and Tara is one of about 50,000 customers impacted.

In the letter Tara received from BCBS of NC, it states that if she goes with the proposed plan her monthly premiums would go from $1,100 to $2,400 a month.

Also under the new proposed plan, Tara must go to Duke Health or WakeMed to stay in network.

"It seems they are really trying to limit my ability to go outside of my network," LeFevre said.

There are some decreases under the new plan when it comes to primary care and urgent care visit co-pays, but Taya said it doesn't make up for the proposed 128 percent increase in her monthly premiums.

"When your cost of insurance goes from what it is to what they're asking, and it's now more than your mortgage, at what point do you say, 'I just can't do it anymore?'"

A representative with BCBS of NC said, "In matching people with a new plan, our goal is to ease the transition from one plan to another. To do that, we analyze which doctors our customers visit most often, and then look for a plan where these doctors are in-network. We'll also try to place customers into an ACA plan with similar benefits to their current plan."
The representative also adds BCBS of NC cannot enroll people in marketplace plans, meaning premium subsidies aren't available for the plans where they match people.

He said that is why it is very important that customers go to the marketplace and find the best plan for them.