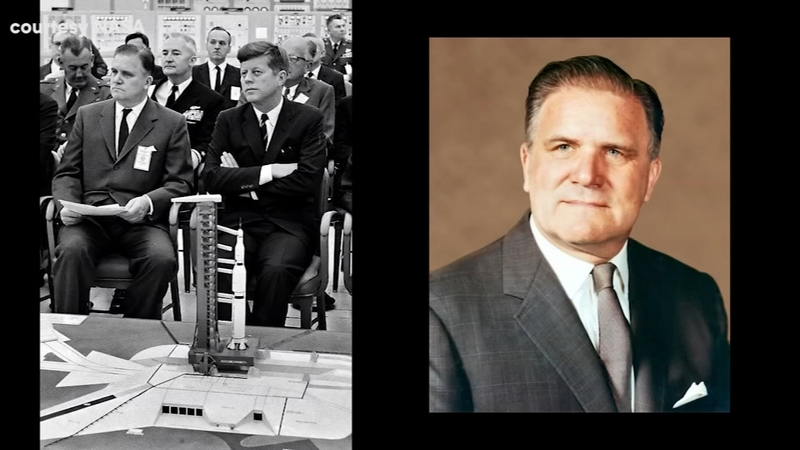 GRANVILLE COUNTY, N.C. (WTVD) -- NASA is set to make history with a scheduled launch on Christmas Eve that will send a $10 billion space telescope named in honor of a Granville county native into space.

The James Webb Space Telescope (JWST) is the successor to the Hubble Space Telescope. The JWST has been under design and development for 25 years and will be the biggest, most powerful, and most expensive telescope ever to be sent into space. Scientists hope the JWST will reveal answers about the origin of the first stars and galaxies.

The instrument is named in honor of James E. Webb who was born in the Granville County township of Tally Ho and grew up in Oxford. Webb was also a UNC graduate.

WATCH: UNC's Morehead Planetarium trained 11 of the 12 people who have walked on the moon
EMBED More News Videos

Webb served as NASA's second appointed administrator during crucial days of the Apollo moon landing program in the 1960s. Webb's niece, Kathy Webb said the launch is a proud moment for the entire family.

"Perhaps they'll teach kids that we're not all alone," Kathy Webb said. "Because if you know about all these different zillions of other worlds, what are the chances that ours is the only one? I asked him one time when I was spending the night with his family in Washington, and I asked him if he thought there was life in space. And he, being a politician, talked to me for five minutes.

"And he never answered the question," she laughed.

Kathy Webb hopes the story of her uncle's life of education, hard work, and service inspires others to reach for the stars.

"We want the best publicity for this remarkable man that came from this little bitty Southern town," Webb added.