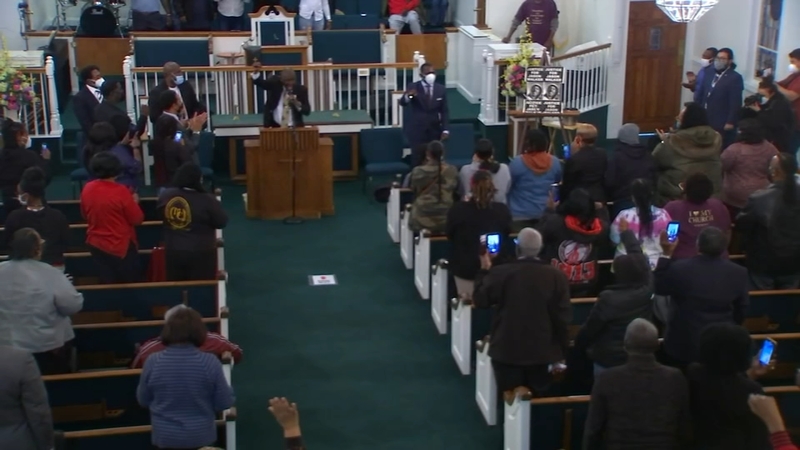 The service was at Good Hope Missionary Baptist Church where Walker attended services growing up.

"I know tonight we're talking about Jason, but I wanted it to be for all who have ever gone through this, whoever may go through this," said Janice Walker, Jason's mother. "My prayer is that there will be peace and most of all justice."

Janice Walker was joined by Jason's father, Anthony, his brothers, as well as George Floyd's brother.

Crump, a Lumberton native, is asking for transparency from investigators and is pleading for an autopsy to be released to figure out what happened. He said they'll be doing an independent autopsy as well.

Attorney Ben Crump calls for justice for Jason Walker. Crump is representing Walker's family and delivered remarks at a Fayetteville rally on Thursday.

According to the authorities, a windshield wiper on off-duty Cumberland County deputy Lt. Jeffrey Hash's pickup was torn off by Walker and used to break the truck's windshield. Hash's wife and daughter were inside the truck at the time. Hash called 911 to say he had shot Walker.

Deputy Hash's attorney said this case is a matter of "self-defense."

Crump brought the conversation back to Walker's 14-year-old son, Christian.

"This is unacceptable that we have to tell that young boy his father was shot unnecessarily, unjustifiably and unconstitutionally by someone who is supposed to protect and serve," he said.