Jimmy Kimmel delivers emotional plea for gun-safety laws: 'How does this make sense to anyone?' 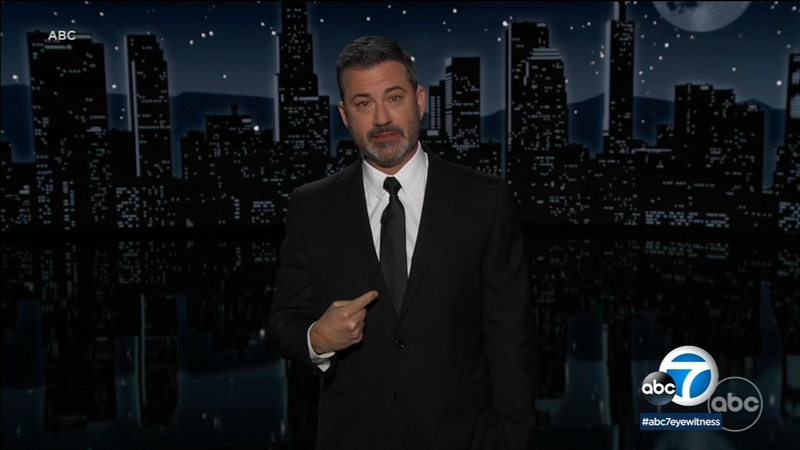 He said it's not the time for a moment of silence but rather a time to be loud following Tuesday's mass shooting at Robb Elementary School in Uvalde, Texas.

Derick Waller and Ike Ejiochi have the latest information on the tragic Texas school shooting.

He was visibly shaken and voiced frustration with politicians who are blocking gun safety legislation that the vast majority of Americans want.

A popular proposal among Republican lawmakers is to get more armed guards in schools and other vulnerable public places. Kimmel disagreed.

He then cited other gun control measures around the world that helped quell any further school or mass shootings.

"Gun-control laws work, by the way," Kimmel said. "We know this. 26 years ago, Scotland had a school shooting that killed 16 kids and a teacher and the government responded by enacting gun-control legislation and there hasn't been a school shooting in Scotland since then. In 1996 -- in Australia -- a mass shooting killed 35 people. They passed gun legislation. They haven't had one since. This is the only country where this keeps happening."

READ MORE: Matthew McConaughey says 'we must do better' after massacre in his hometown of Uvalde

He pointed out that firearms are the No. 1 cause of death for American children and teens.

"Some people see this is a mental health problem, others say it's a gun problem. It is both and it can be both, so let's work on both of those."

He said that there have been 27 school shootings so far this year so far in United States, a staggering number.

"How does this make sense to anyone?" Kimmel said while fighting back tears. "These are our children and our representatives are supposed to represent us. We want limits who can walk around with an AR-15... it shouldn't be a teenager who works in a fast food restaurant and if we can't agree on that? Forget it.

"This is not their fault anymore, this is now our fault because we get angry, we demand action, we don't get it. They wait it out, we go back to the lives that we should rightfully be able to go back to, but you know who doesn't forget it? The parents of the children at Sandy Hook and Marjory Stoneman Douglas high school and now Robb Elementary school," he said.