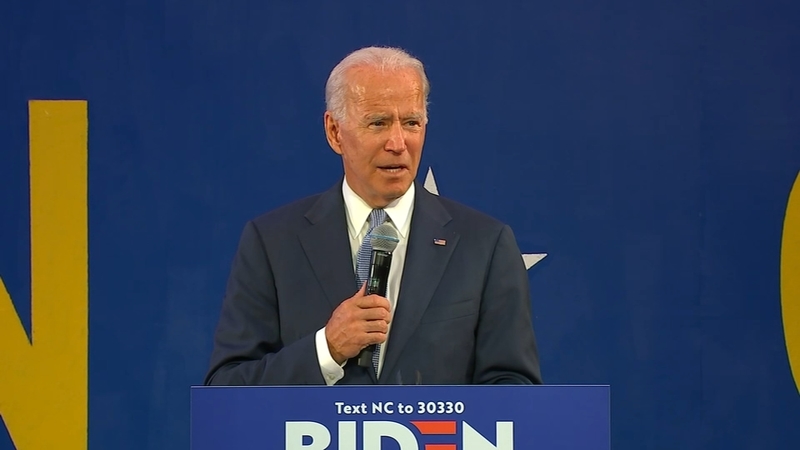 Biden's campaign message being to focus primarily on restoring the middle class rather than focusing on his rival, President Donald Trump. Throughout his speech, he took a few shots at the president.

The Democratic hopeful managed to have the crowd cheering along with his efforts to motivate people to vote, no matter their age.

"This election is different from any you participate in no matter how old or young you are," Biden said. "It isn't just policies or agendas at stake. It's the soul of this country, the character of these people...it really is. The entire Idea of America is on the line with this president."

Biden said his campaign is about standing up for what America is and what the country as a whole believes in.

The former Vice President called Durham a pioneer in the civil rights movement and referenced the Royal Ice Cream sit in in 1957 which led to a court case on the legality of segregated facilities.

Other Democratic presidential hopefuls who have recently visited North Carolina include Bernie Sanders and Kamala Harris.