'A lot of numbness': Husband of mother killed in Lumberton road rage shooting explains moments before the gunfire 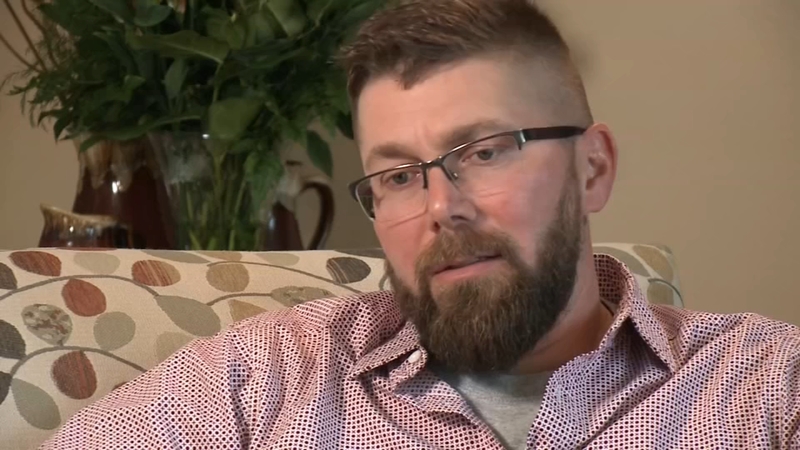 LUMBERTON, N.C. (WTVD) -- "In three minutes my whole world turned upside down and I don't know why," Ryan Eberly said.

He's the husband of Julie Eberly, who was killed in a road rage shooting on Interstate 95 in Lumberton last week.

She was headed to the beach with her husband when the shooting happened.

Along with her husband, she left behind six children.

Deputies were called out near the 23-mile marker near I-95 South just before noon last Thursday. On arrival, the 47-year-old mom from Mannheim, Pennsylvania, had been shot through the passenger door.

Her husband said they were headed to the beach to celebrate their anniversary.

"I changed lanes and a car was coming behind me," Ryan said. "I didn't see that he was going around me and I pushed him into the shoulder mistakenly. As soon as I was able, I gave him room to get back on the highway. No car contact, no nothing."

He continued: "I saw in my mirror that he was passing us to the right and gunshots were fired, our car was hit. My wife yelled my name. I asked if she was hit and she said 'yes.'"

Julie was taken to UNC Southeastern Hospital where she later died. Robeson County Sheriff Burnis Wilkins said the six children were at home with their grandparents.

The sheriff's office announced Monday that investigators had identified the shooter's vehicle from surveillance footage.

The sheriff's office announced Monday that investigators had identified the shooter's vehicle from surveillance footage.

The vehicle is a silver, four-door Chevrolet Malibu that was manufactured between the years of 2008-2013 with North Carolina license plates. The car has tinted windows and chrome trimming around the window frame.

Anyone who lives in the areas of Elm Street and Roberts Avenue was asked to review their surveillance system for the car. Investigators are seeking footage during the time frame of 11:40 a.m. to 12:30 p.m. on March 25.

The sheriff's office last week announced a $10,000 reward for information leading to an arrest for the person responsible. On Tuesday, Wilkins announced the reward had been increased to $20,000.

"We are going to aggressively track down the driver of this vehicle," he said. "Detectives have worked non stop 24/7 to identify this coward. If you know who it is and who owns this car, come forward NOW. Do not become part of a conspiracy and call us NOW."

The Pennsylvania family received an outpouring of donations after the shooting.

A GoFundMe set up by the family has raised more than $55,000. "We will be using the funds to help others and to give to the organizations that were close to her heart," the family wrote on the website.

"I need, as a husband, to do everything in my physical power to do whatever I can to bring her justice," Ryan said.