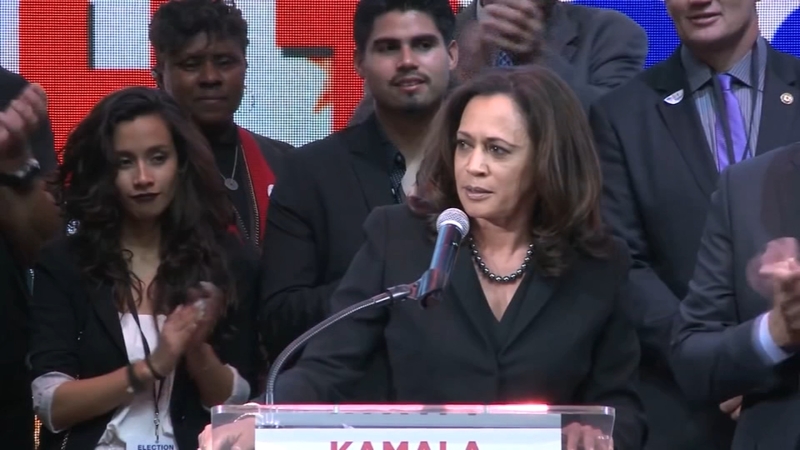 CHARLOTTE, N.C. (WTVD) -- Sen. Kamala Harris held a virtual event in place of her planned visit to North Carolina on Thursday after two people involved in the Biden/Harris campaign tested positive for COVID-19.

The rescheduling came after her communications director, Liz Allen, as well as a non-staff flight crew member tested positive for COVID-19.


According to the campaign, Harris was not in close contact, as defined by the Centers for Disease Control, with either person in the past two days. For that reason, Harris is not required to quarantine.

Her aide announced Thursday afternoon that the senator and her husband had tested negative.

However, out of an abundance of caution and in order to set an example of caution, the campaign said it was canceling the vice presidential nominee's campaign travel activities through Sunday.


Instead, Harris held a virtual event on Thursday night in North Carolina joined by Charlotte Mayor Vi Lyles and Congresswoman Alma Adams to celebrate the first day of early voting.
"This is the sort of conduct we have continuously modeled in this campaign," Biden's camp said in a press release.