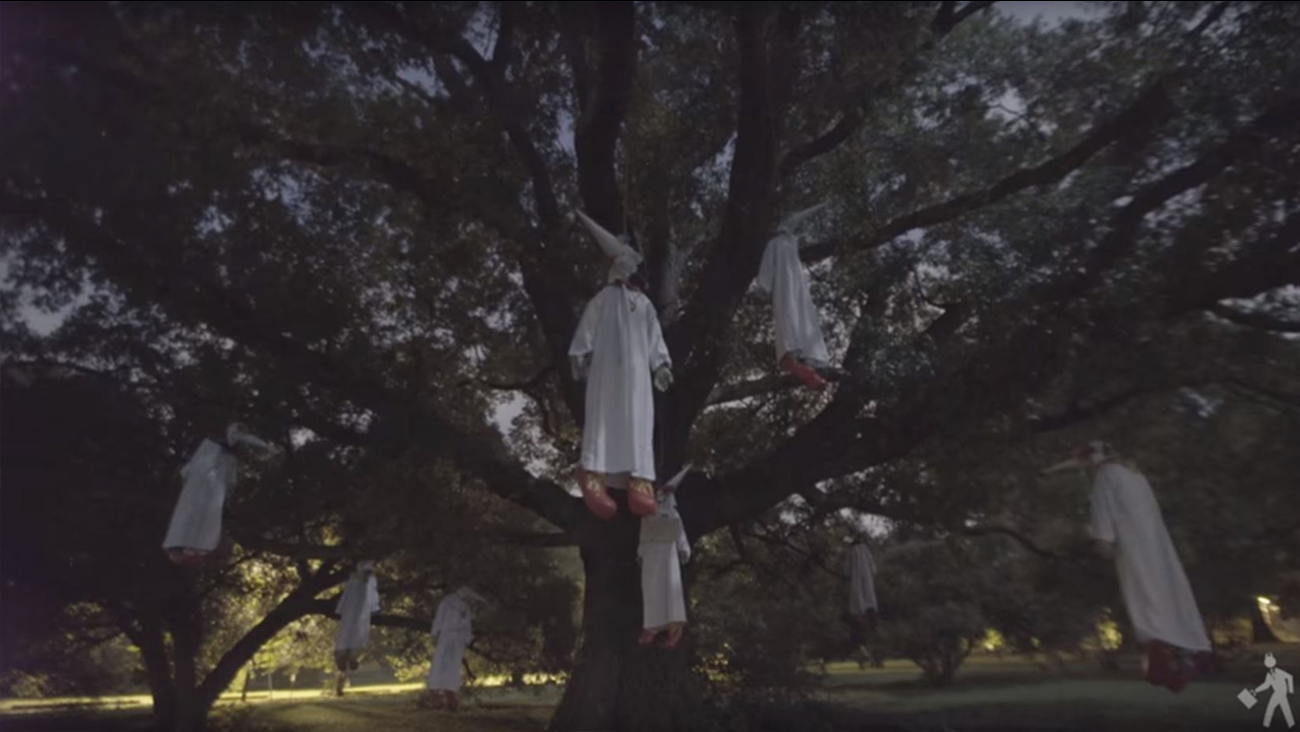 The art activist collective INDECLINE is responsible for the stunt saying it's they're way of protesting a "white nationalist uprising in the United States."

Around the neck of each statue, the group placed a sign that read, "If attacked by a mob of clown, go for the juggler."

The group said using Richmond as the location was perfect because of "its infamous legacy of being the capital of the Confederate South."

But their stunt didn't stop there. INDECLINE also posted a video of them making the clowns and hanging them from the tree on their YouTube account.

Within several hours of being posted, it created a ton of buzz online and people quickly took to the comment section to show their support.

"Yes yes yes I completely support you guys... Let's rid the world of the Ku Klux Klowns," one user said.

Police in the city closed the park to the public for several hours while the "klowns" were removed.

INDECLINE came to prominence in the summer of 2016 after a series of five nude, life-sized Donald Trump sculptures appeared on the streets of Los Angeles, Seattle, New York City, San Francisco, and Cleveland.