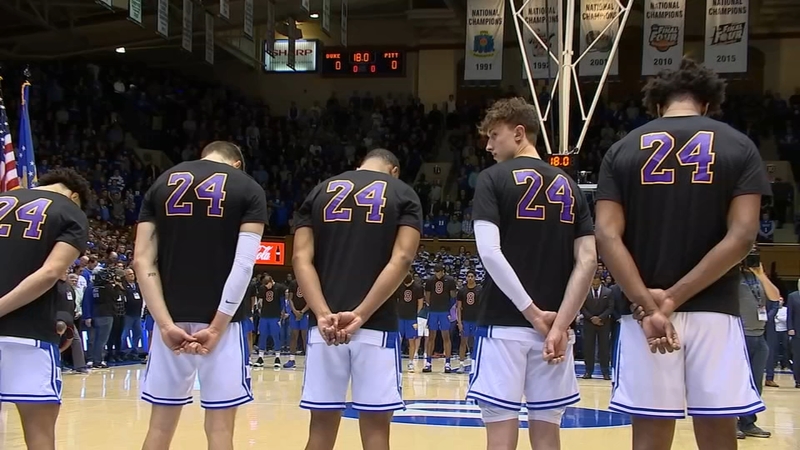 DURHAM, N.C. (WTVD) -- The Duke Blue Devils warmed up against Pittsburgh with jerseys honoring the legacy of Kobe Bryant, who was killed in a helicopter crash along with his daughter and seven others.

The team wore warmup jerseys featuring Bryant's numbers 8 and 24 from his 20 years with the Los Angeles Lakers.

Pitt players also wore the black warmups with the 8 and 24 numbers on them.

There was a 24-second moment of silence held before the game to honor Bryant.