Wake teen on March for our Lives: 'Felt like I had to go' 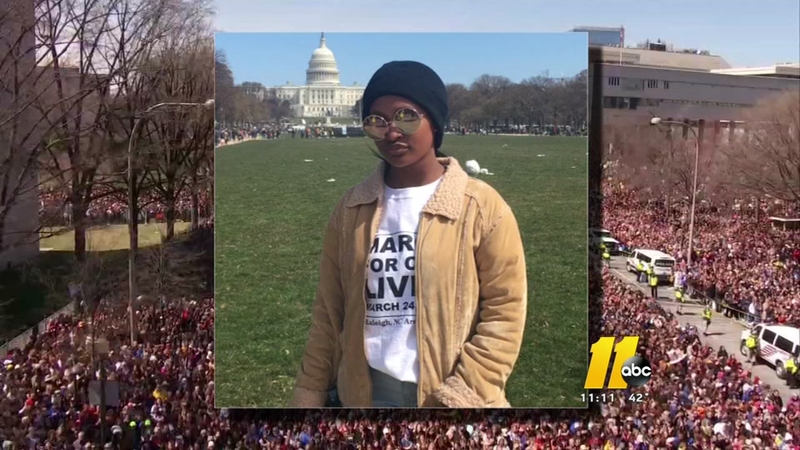 Wake teen, mother reflect on March for our Lives rally

RALEIGH, NC (WTVD) -- Hundreds of thousands of people who went to Washington during the weekend for the March for our Lives rally are reflecting on their experience including a Raleigh teenager and her mother.

They took the bus up on Saturday with nearly 40 others, including 25 children, to join the national conversation.

"I just felt like I had to go," said Kanel Waller, a sophomore at Rolesville High School. "I felt like I had to be there as a support for my voice. It was a new experience that I've felt that before. It was really motivating. It really was because it was just people your age and even younger. We can all relate with certain stuff and I think all the speeches were inspiring."

Waller went with her mother, Gwen, who was one of the chaperones.

FULL COVERAGE: March for our Lives

Waller said she believes this will help her daughter and other students turn the events of Parkland into something positive.

"These kids are serious," she said. "They are speaking out. They have the right to and I think it's really great that it gets them more involved in the election process because so many people think they don't listen or they don't care about what's going on in this world but they really do."