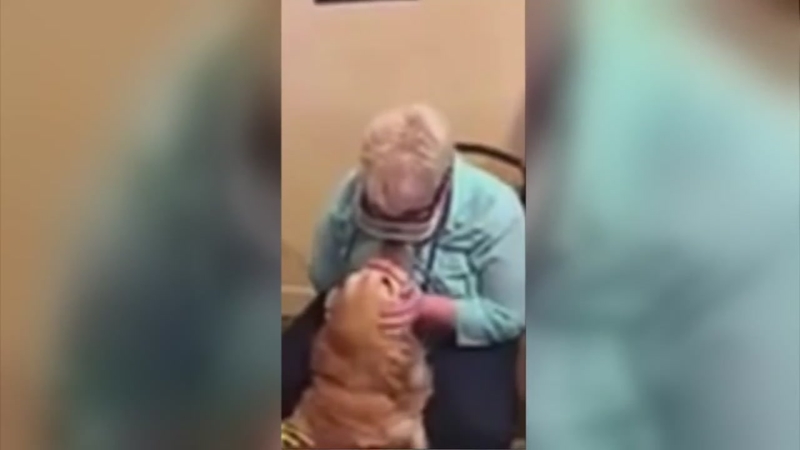 BUNCOMBE COUNTY, NC -- Mary Sedgwick was diagnosed with bilateral optic neuritis during her fourth year of medical school. Since 2003, she has been legally blind.

The former OBGYN told WLOS that she was forced to leave her career, a decision that sent her into seclusion and depression.

"I no longer knew what my worth was," she said.

Sedgwick got her guide dog Lucy in April 2010.

She has been a part of the family and gave Mary new hope and independence.

"She is my angel who walks beside me," she remarked.

Even as important as Lucy is to her life, Sedgwick has never seen her dog.

That was until a North Carolina Lions State Convention meeting on April 28, when Sedgwick tried on eSight Glasses.

Wearing the glasses, she was able to see her guide dog for the first time. The precious moment was caught on camera.

"Oh God, Lucy," Sedgwick cried out as she turned the glasses on. "You got the most beautiful eyes, Lucy."

"I just, I could believe how amazing, beautiful, and soulful eyes she has. It was everything that I had dreamed she had looked like," Sedgwick recalled. "The love in her eyes matched the love that I knew for eight years now."

Sedgwick is now trying to raise enough money to purchase the glasses.