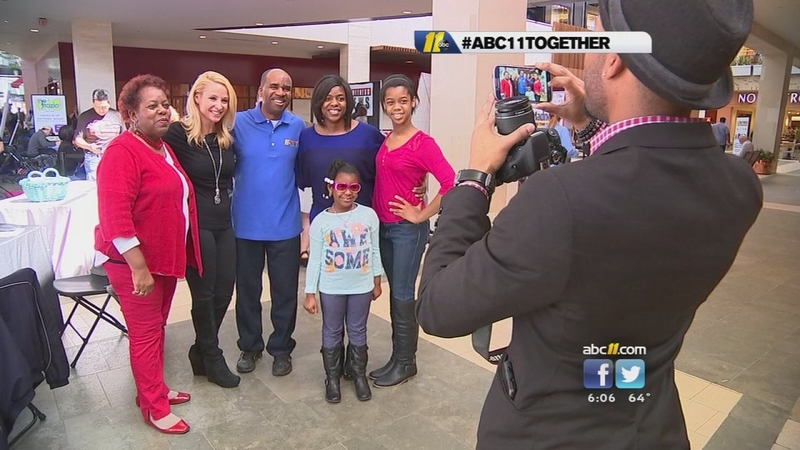 DURHAM (WTVD) -- ABC11 Together helped sponsor the annual Be the Match Bone Marrow donor registration event at the Streets of Southpoint in Durham on Saturday.

Betsie Letterle with Be the Match said more than 150 people came to register.

"I have a rare blood disorder called aplastic anemia with pnh and basically that means I don't produce enough of the cells I need to survive," said Mba, who was diagnosed his senior year of high school.

"I'm hanging in there the best that I can but you know I'm really surviving now," said Mba. He was there hoping maybe someone signing up would become his life saving match.

Mba now needs a hip surgery because of his disease, even though he's just a junior in college.

"I've developed blood clots in my hips and I have to go for hip surgery soon," he explained.

While all donations are needed, those from minorities are especially critical.

"About 80 percent of the registry is Caucasian, seven percent is African American and a smaller percent is Asian or Hispanic," said Letterle. "You need a tissue type match from your own racial or ethnic background."

Letterle pointed out that out of every 540 donors on the registry, there is only one match for a patient. That statistic makes the low number of minorities on the registry even more alarming.

This year, 82 minorities and 72 Caucasians got swabbed.

Julio Ramirez, a retired Green Beret from Fayetteville, survived leukemia and said he's lucky his brother was a match.

Patrick Cutter and his wife were one of many who signed up to donate within the first hour of the registration drive. Cutter says his old college roommate passed away from leukemia and he always wanted to sign up to be a donor.

"If there's somebody out there who needs a chance, and we can do that, I think that's something worth doing," Cutter said.

Becoming a donor is as simple as filling out a form and getting a cheek swab. The donation process is equally painless, according to Letterle.

"Most donations are similar to a blood donation," said Letterle.

If you would like more information on becoming a donor, go to bethematch.org.