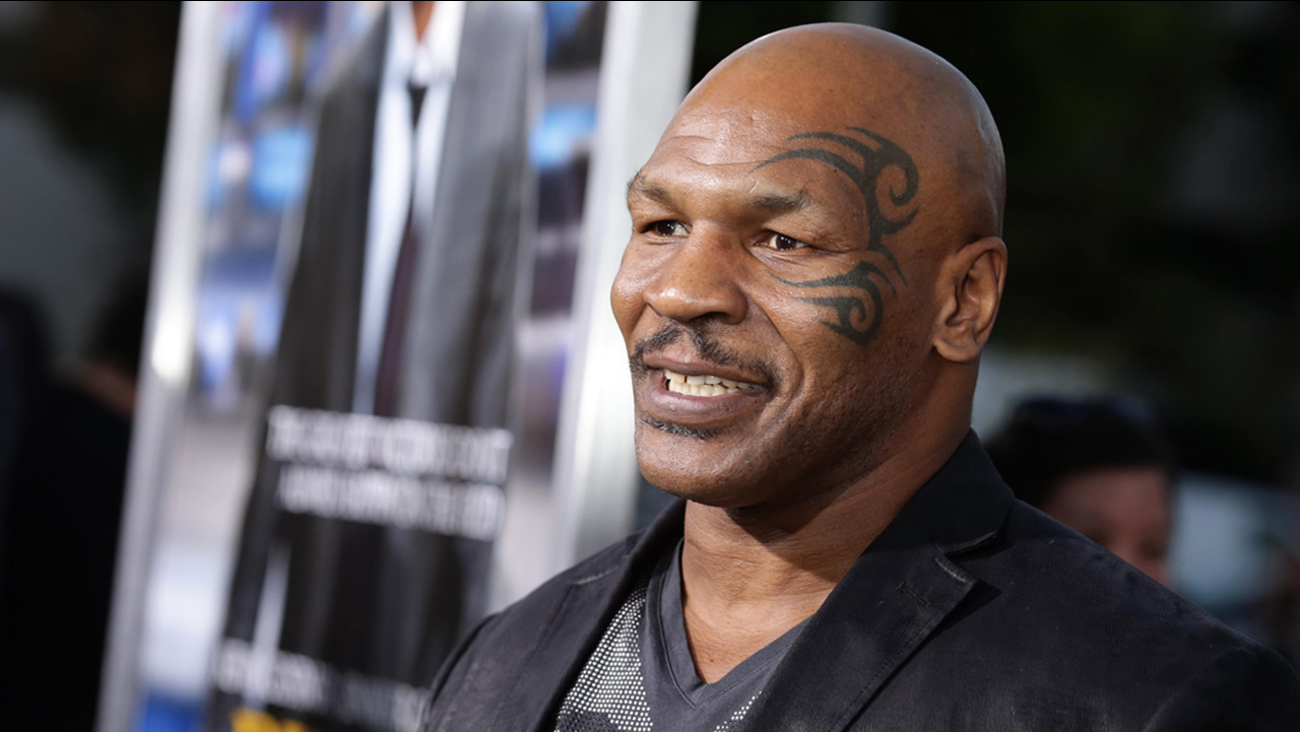 SAN FRANCISCO -- A San Mateo County District Attorney's Office announced on Tuesday that no charges will be filed against boxer Mike Tyson after he was seen on video punching a man at San Francisco International Airport last month.

The DA's office said after reviewing police reports and videos, it will not be filing charges against the former heavyweight champion.

A video obtained by TMZ Sports showed Tyson repeatedly punching another passenger onboard a plane at San Francisco International Airport back in April.

Steve Wagstaffe, district attorney in San Mateo County wrote: "Yesterday afternoon the San Mateo County District Attorney's Office concluded its review of the case involving Mike Tyson at the San Francisco Airport on April 20, 2022 and the allegation that he committed a misdemeanor battery against another passenger on an airplane while waiting at the terminal prior to departure. We have reviewed the police reports of the San Francisco Police Department and the San Mateo County Sheriff's Office and have viewed the various videos collected by law enforcement from others on the airplane. Our decision is that we will not file any charges against Mr. Tyson based on the circumstances surrounding the confrontation. These include the conduct of the victim leading up to the incident, the interaction between Mr. Tyson and the victim, as well as the requests of both the victim and Mr. Tyson that no charges be filed in this case. We now deem this case closed. Thank you."

Mike Tyson's attorneys released a statement on Tuesday: "Remember Mike Tyson seen on video punching the other passenger onboard a JetBlue flight in San Francisco? Well, today the San Mateo County DA's Office announced after reviewing police reports and videos it has decided it will not file any charges against Mike Tyson based on the circumstances surrounding the confrontation. Their decision included the conduct of the victim leading up to the incident, the interactions between the victim and Tyson, and requests by the victim and Tyson that no charges be filed."

RELATED: 'My job is not to manage you': Flight attendants nearing breaking point with unruly passengers

According to TMZ Sports, the incident escalated after a passenger took a selfie with Tyson onboard a Jet Blue flight headed to Florida.

Tyson reportedly took the picture with a man sitting behind him, but that man's friend apparently annoyed Tyson by continuing to talk to him.

Sources close to Tyson told TMZ Sports that the man was "extremely intoxicated" and that Tyson reportedly told him to "chill" before the incident turned violent.

Tyson's representative said that the passenger threw a water bottle at Tyson while he was in his seat and that's what provoked the boxer.

Minutes after the confrontation, Tyson walked off the plane.

According to TMZ Sports, the man he punched was bloodied and received medical treatment before going to the police.

San Francisco police confirmed they did respond to a report of a physical altercation onboard an airplane at SFO. Officials said they detained two individuals believed to be involved in the incident but neither cooperated fully with the investigation and were later released.

Tyson was spotted at a San Francisco's 4/20 event in Golden Gate Park promoting the products from his cannabis company.

The boxer was scheduled to speak at a cannabis conference in Miami, Florida before the incident occurred.

If you're on the ABC7 News app, click here to watch live