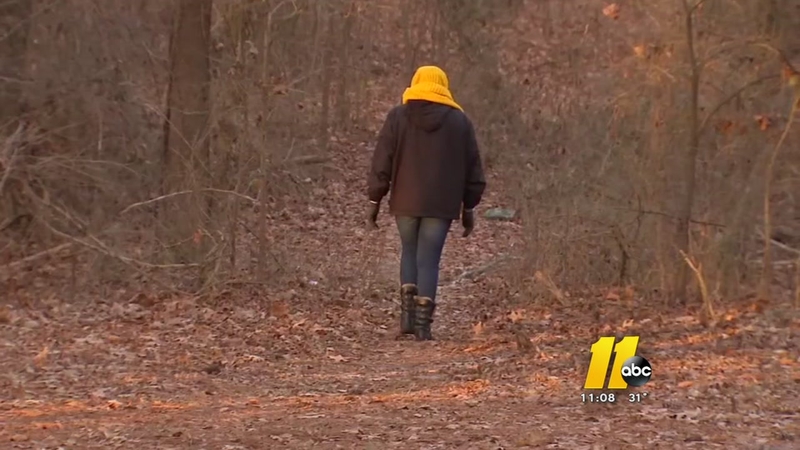 DURHAM, NC (WTVD) -- Two women have searched Durham County by foot and car. They spent Wednesday evening focusing their efforts on a wooded area along the Eno River. They're trying to find Tierra Mann, a 35-year-old mom who vanished just before Christmas.

"Each day that pass, it's getting harder for (the) children," said Mann's sister Shadea Mann-Mayo. "We've been taking it day by day."

The family isn't sure whether foul play could be to blame.

A very small search right now along the Eno River for Tierra Mann. The Durham Mom has been missing for more than a week. She vanished, along with her boyfriend. Family says Christmas was very difficult for her kids #abc11 pic.twitter.com/BcwD15SKCX

Mann and the father of one of her children, 70-year-old Carl Adams, disappeared December 19.

Her relatives are watching over her children, while also praying and searching.

"I'm very grateful and I thank God for my family because we've all been in this together. It's been hard on all of us," Mann-Mayo said.

Adams is described as black, about 5-7, and weighing about 150 pounds. He was last seen wearing an olive green jacket, blue jeans, and fishing hat.

Mann is described as black, about 5-3, weighing about 100 pounds. She has short, straight black hair, brown eyes, a tattoo on her left arm, and a scar on her forehead.

The Durham Police Department is investigating and said the couple could be in a gray 2015 Toyota 4 Runner.