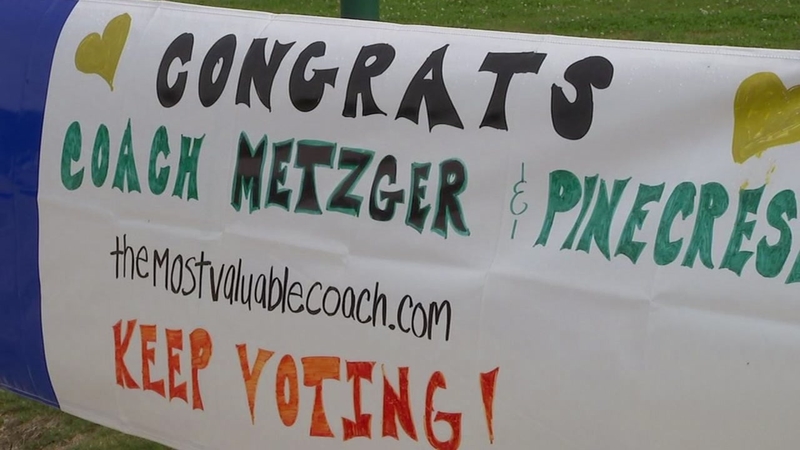 SOUTHERN PINES, N.C. (WTVD) -- Pinecrest High School head football coach Chris Metzger is leading, with a narrow margin, a nationwide contest that would bring thousands of dollars to his school.

The Most Valuable Coach contest has narrowed down top contestants to fifteen. That accomplishment alone has brought $5,000 to Pinecrest High.

The veteran coach may be a strong contender, but he's not a "me" coach. Instead, he's a "we."

Vote signs can be found all across town, including at gas stations. The entire town has rallied around their coach.

"Energetic. Wide open," Principal Stefanie Phillips describes Coach Metzger. "He really pours his all into his football players and the community."

With the prize money, the school plans to pour it back into the feeder schools in the community.

"It's like winning the Super Bowl, so to speak," Metzger said. "What we're going to do with it is help thousands of kids and families. It's going to start a cycle of success for kids."