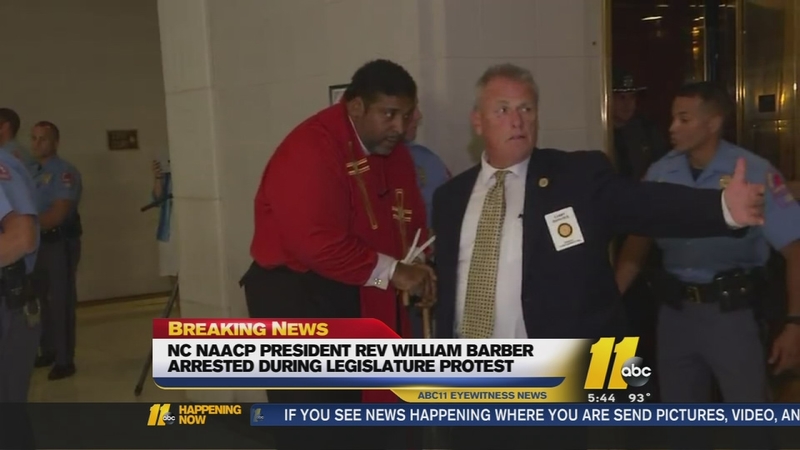 The group faces trespassing charges and other violations after chanting outside the chambers while rallying for voting rights.

"We want to stay in the building because they're trying to lock out North Carolinians from the voting booth," said Barber.

It's become a familiar sight these days.

Since 2013, Moral Monday marches have led to the arrests of about 1,000 demonstrators against GOP policies. The legislative building closes at 5 p.m., after which protesters inside the building are subject to arrest.

"Voting rights and political participation in North Carolina are under attack," said Allison Riggs, a staff attorney for the Southern Coalition for Social Justice.

"To some degree we are desensitized to this," said Steve Greene, an NC State Associate Professor of Political Science.

The number of "Moral Monday" protests have been smaller this year, but Greene believes the movement is still relevant.

"Just getting people involved in these protests brings in more political activists who they hope will still be active come election time," he said.

Protesters plan to be back at the General Assembly next Wednesday.

Organizers are also planning a voting rights march in Winston-Salem in July.