Body found near the scene of Fayetteville grandfather's murder 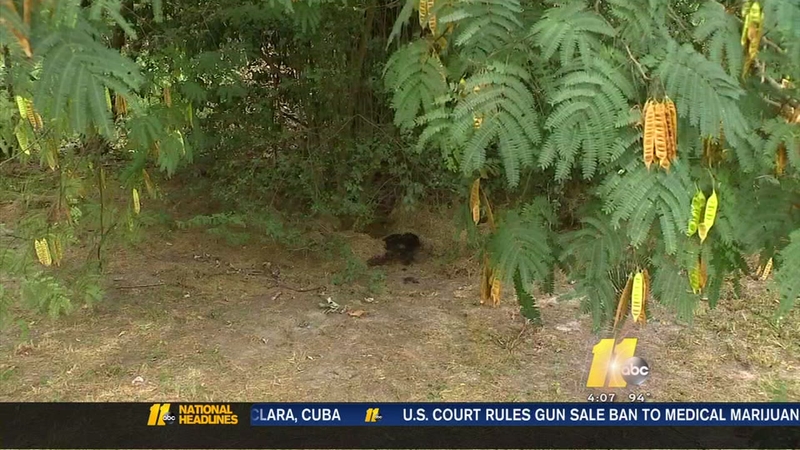 FAYETTEVILLE (WTVD) -- Sheriff's detectives in Cumberland County are working to determine whether a body found near a murder scene may be the suspected killer who vowed not to be taken alive.

The body was found Wednesday morning behind a vacant house on Radcliff Court, north of Fayetteville. Deputies said construction workers discovered the body.

An on-scene investigator told ABC11 the body was too decomposed to immediately identify or determine a cause of death.

The body was found just a few blocks away from where Eugene Racine was shot and killed Sunday. Deputies said 32-year-old Anthony Curtis Macneill shot his child's grandfather, and vowed on social media not to be taken alive.

Since then, many in the area have been on edge.

"They told me to keep the door locked, and stay out of sight because he might shoot me," said neighbor Crystal Etta Rankin. "We don't know who it is, and I am here by myself a lot."

Investigators haven't said if any weapon or other evidence was found at the scene.

Deputies are using fingerprints to try and identify the body. The State Medical Examiner will have to determine how the man died.